Tori Spelling is celebrating her stepson!

The 46-year-old actress took to Instagram on Monday to express her love for Jack McDermott -- her husband, Dean McDermott's, son from his first marriage -- on his 21st birthday. 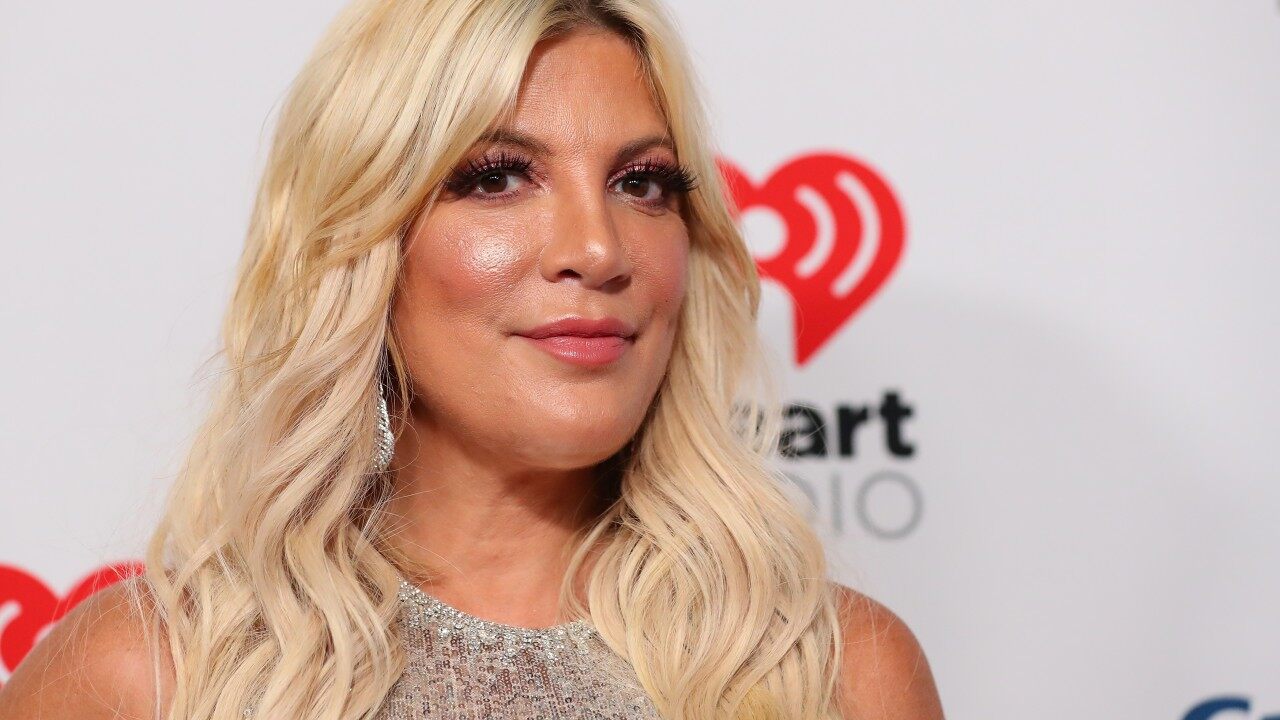 Tori Spelling is celebrating her stepson!

The 46-year-old actress took to Instagram on Monday to express her love for Jack McDermott -- her husband, Dean McDermott's, son from his first marriage -- on his 21st birthday.

"Ok I’m gonna embarrass you for a second @thejackmonty," Tori wrote alongside a pic of the pair looking cool while posing outside. "I’ve known this guy since he was almost 7. I loved when we met bc he had no idea who I was. And, I don’t mean tori spelling,but the woman his dad was dating."

"He was going thru so much and his mom and dad were trying their best to navigate a very difficult situation for a boy his age. Divorce," she added of Dean's 2006 split from Mary Jo Eustace. "When we met we bonded over dogs, his rabbit DIY school project, tag, hide and seek, and video games. He called me Teri. And I didn’t correct him bc I loved that he had his own perception of me."

Tori continued her post by discussing Jack's life as he got older, writing, "This little boy grew. And, I remember helping him with his homework and reading Charlotte's Web, dressing up his hamsters in DIY Halloween costumes, and playing Polly Pockets at the pool while other boys his age teased and we ignored them and laughed and played and had so much fun they eventually asked to join."

"I remember his feet growing and eventually we could share the same shoes (not now he wears a 14 ha ha!)," she added. "And, I then remember the years as I watched this young boy grow to be a pre teen and a teen and try to figure out his role in our blended family."

"It was new to me and I never wanted to push my role in his life. I’ve loved him since he was that little boy that called me Teri and played Polly Pockets with me. And, then he came out," she wrote. "I was so proud of his confidence. He was who he was and he was proud of it. And, then we bonded again. We found each other on a new level with a whole new respect for each other."

As for their relationship now, Tori wrote that she is "so proud of the amazing human he is," before sharing some of Jack's best qualities.

"He is so smart, kind, funny, unique, sweet, confident, and driven. His scream, smile, and laugh are contagious and his style is fierce. He makes no apologies for who he is. And who he uniquely is ... Is Jack Montgomery McDermott," she gushed. "Someone who is an inspiration. Someone who has overcome many challenges thru out his young life and comes out on top no matter what. You are a fighter and a beautiful human."

Tori wrapped up her lengthy message on a light night, quipping, " I know we both hate emotions so I’ll stop now. Happy 21st Birthday! I Love you Jacky Boy. Xoxo"

On a July episode of his podcast, Daddy Issues, Dean, who revealed that Jack's living in San Francisco and studying graphic design, said that Jack "loves" Tori and gushed that the pair "hit it off right from the jump."