The "I'm the Only One" singer's team announced the heartbreaking news on her Twitter on Wednesday. Etheridge later confirmed in a personal statement that her son died from an opioid addiction. 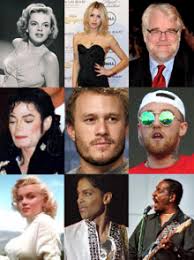 The "I'm the Only One" singer's team announced the heartbreaking news on her Twitter on Wednesday. Etheridge later confirmed in a personal statement that her son died from an opioid addiction.

"We’re sad to inform you that Melissa’s son Beckett passed away and there will not be a Concerts From Home show today," the tweet from Etheridge's Twitter page stated. The post quickly filled with fans and friends expressing their condolences and sending their well-wishes.

During their relationship, Etheridge and Cypher welcomed Beckett in 1998 via artificial insemination. They also had daughter Bailey Jean in February 1997. The pair split in 2000.
Etheridge is also mother to 13-year-old twins, son Miller and daughter Johnnie, from her relationship with Tammy Lynn Michaels. In an emotional message, the singer expressed her sadness over her son's death.

"Today I joined the hundreds of thousands of families who have lost loved ones to opioid addiction," Etheridge wrote. "My son Beckett, who was just 21, struggled to overcome his addiction and finally succumbed to it today. He will be missed by those who loved him, his family and friends."

Etheridge said her "heart is broken" by Beckett's death, and that she's "grateful for those who have reached out with condolences, and I feel their love and sincere grief."

"We struggle with what else we could have done to save him," she continued, "and in the end we know he is out of the pain now."

Mac Miller, an American rapper, singer, and record producer suffered an accidental overdose of fentanyl, cocaine, alcohol, and other prescription drugs on Sept. 7, 2018 at age 26. Tom Petty, a beloved American singer and songwriter also accidentally overdosed on October 2, 2017 on a mix of medications including fentanyl and oxycodone. Tom was known to be treating pain due to a hip fracture, and had just come off of a 53 date concert tour. He was 66.
Prince, also an iconic American singer, songwriter and musician died in 2016 at the age of 57 due to an accidental fentanyl overdose.
Anthony Durante, a professional wrestler, experienced an accidental oxycodone or fentanyl overdose in 2003 at age 36. (ETONLINE.COM)