A new Hope rises in Marawi

Over 200,000 Marawi residents fled the city last May when the fighting between government forces and rebels groups escalated.

While armed conflict ended last October, the bigger fight against hopelessness has yet to be won. 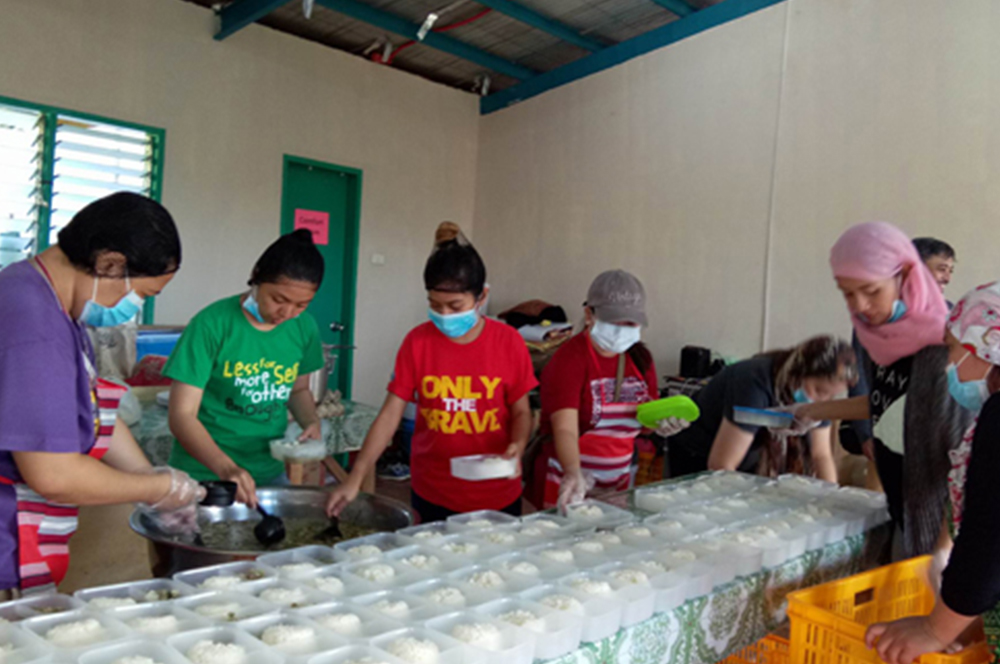 Over 200,000 Marawi residents fled the city last May when the fighting between government forces and rebels groups escalated.

While armed conflict ended last October, the bigger fight against hopelessness has yet to be won.

There are currently 51 evacuation centers filled with families whose homecomings remain uncertain. Unexploded bombs from military airstrikes are still being excavated in the 24 Marawi villages where fighting was heaviest. Dubbed as “ground zero,” many of the homes and establishments in the area are now bullet-riddled and defaced.

Despite circumstances, hope is not yet dead.

The HOPE Marawi Rehabilitation Initiative is part of a worldwide effort called PEACE Plan. Established by California-based Evangelical group Saddleback Church, the PEACE (Promote reconciliation, Equip leaders, Assist the poor, Care for the sick, and Educate the next generation) Plan encourages and equips local Christian churches to respond to the needs of their communities.

“The survivors know that the homes and businesses they left behind have been totaled, destroyed,” shares PEACE Plan Ambassador for Southeast Asia Kaka Constantino.

She continues, “Many of the bakwits (evacuees) are Muslims and they asked us: why are you Christians here? Why are you helping? We told them, we just want to express our concern and love... for simple humanity. Now that the siege is over we are called to walk an extra mile.”

The PEACE Plan initiative aims to build the New Hope Village, composed of at least 100 houses. The village will be the first of its kind to rise in Mindanao.

“You may think that we’re just building houses but in reality, it’s more than that. We’re helping rebuild lives, giving families a second chance.”

Goodness Rising is an employee-driven fundraising effort that began in 2013 during the aftermath of Typhoon Yolanda. The initiative proves that no act of kindness is insignificant. To date, the combined efforts of Human Nature employees, advocates, and customers has raised over P20 million in funding to help various causes.

“Their lives have been put on hold. The displaced don’t have proper shelter. An evacuation center can only provide so much comfort. We all begin with pity but what they need more is compassion... because you know in your heart of hearts that it is what they need. Not your politics, not your personal beliefs—but the premium you put on life and in death.”