Important warning to all feeble candidates

"If you can't stand the heat in the dressing room, get out of the kitchen."
--Terry Venables

AS local candidates prepare for a full-court press campaign sortie in the May elections, the searing heat brought by El Nino phenomenon threatens to cause some of them a terrible inconvenience, especially those with a bad history in hypertension and other physical symptoms brought by so much heat exposure. 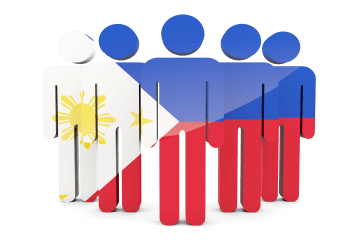 "If you can't stand the heat in the dressing room, get out of the kitchen."
--Terry Venables

AS local candidates prepare for a full-court press campaign sortie in the May elections, the searing heat brought by El Nino phenomenon threatens to cause some of them a terrible inconvenience, especially those with a bad history in hypertension and other physical symptoms brought by so much heat exposure.

What happened to entertainer Chokoleit, who died shortly after a performance in Abra recently, could happen to any candidate who will hit the campaign period with a poor health and lack of adequate preparations to tackle the summer heat.
Over fatigue and heat stroke could dash to pieces their dreams of serving the public.
If a candidate is sickly, it's better to avoid an extended heat exposure during the campaign period. Better still, he or she must quit before it's too late. After all, health is still wealth.
A form of hyperthermia or heat-related illness, heat stroke is an abnormally elevated body temperature with accompanying physical symptoms including changes in the nervous system function.

Leading medical author, Dr. Mellisa Conrad Stoppler, said unlike heat cramps and heat exhaustion, two other forms of hyperthermia that are less severe, heat stroke is a true medical emergency that is often fatal if not properly and promptly treated.
She said heat stroke is also sometimes referred to as heatstroke or sun stroke. Severe hyperthermia is defined as a body temperature of 104 F (40 C) or higher.
Dr. Stoppler explained that the body normally generates heat as a result of metabolism, and is usually able to dissipate the heat by radiation of heat through the skin or by evaporation of sweat.
However, she pointed out, in extreme heat, high humidity, or vigorous physical exertion under the sun, the body may not be able to sufficiently dissipate the heat and the body temperature rises, sometimes up to 106 F (41.1 C) or higher.

Another cause of heat stroke is dehydration.
A dehydrated person may not be able to sweat fast enough to dissipate heat, which causes the body temperature to rise.
Dr. Stoppler stressed that heat stroke is not the same as a stroke.
"Stroke" is the general term used to describe decreased oxygen flow to an area of the brain.
She said those most susceptible (at risk) individuals to heat stroke include: Infants; the elderly (often with associated heart diseases, lung diseases, kidney diseases, or who are taking medications that make them vulnerable to dehydration and heat strokes); athletes; individuals who work outside and physically exert themselves under the sun; infants, children, or pets left in cars.
Dr. Stoppler added that heat stroke is sometimes classified as exertional heat stroke (EHS, which is due to overexertion in hot weather) or non-exertional heat stroke (NEHS, which occurs in climactic extremes and affects the elderly, infants, and chronically ill.
Symptoms of heat stroke can sometimes mimic those of heart attack or other conditions. Sometimes a person experiences symptoms of heat exhaustion before progressing to heat strokes.

Signs and symptoms of heat exhaustion include: nausea, vomiting, fatigue, weakness, headache, muscle cramps and aches, and dizziness, explained Dr. Stoppler.
However, some individuals can develop symptoms of heat stroke suddenly and rapidly without warning.
Dr. Stoppler said different people may have different symptoms and signs of heatstroke. Common symptoms and signs of heat stroke include: high body temperature, the absence of sweating, with hot red or flushed dry skin, rapid pulse, difficulty breathing, strange behavior, hallucinations, confusion, agitation, disorientation, seizure, and/or coma.
According to Dr. Stoppler, victims of heat stroke must receive immediate treatment to avoid permanent organ damage. First and foremost, cool the victim.
--Get the victim to a shady area, remove clothing, apply cool or tepid water to the skin (for example, you may spray the person with cool water from a garden hose), fan the victim to promote sweating and evaporation, and place ice packs under the armpits and groin.
--If the person is able to drink liquids, have them drink cool water or other cool beverages that do not contain alcohol or caffeine.
--Monitor body temperature with a thermometer and continue cooling efforts until the body temperature drops to 101 to 102 F (38.3 to 38.8 C).
--Always notify emergency services (911) immediately. If their arrival is delayed, they can give you further instructions for treatment of the victim.