“The safety of the people shall be the highest law.”
-Marcus Tullius Cicero 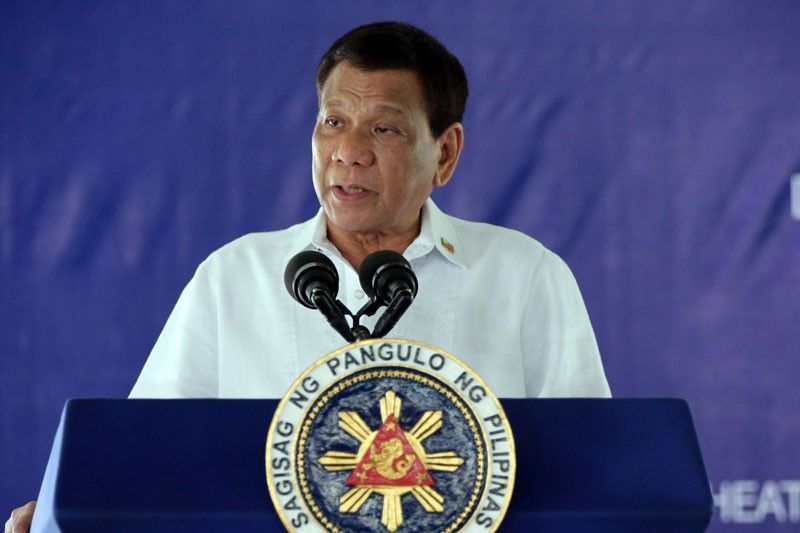 “The safety of the people shall be the highest law.”
-Marcus Tullius Cicero

The president can’t just say yes to all the invitations in all the festivals and other social, political, religious and even business gatherings anywhere in the Philippines.
If he accepts one invitation and rejects another, he will be accused of playing favorites.
January is the month of religious and cultural festivals.
Iloilo City was only one of the many cities and municipalities in the Philippines that celebrated the feast of Senior Santo Niño aside from the Sinulog Festival in Cebu City.
Either his schedule wouldn’t allow it, or President Duterte probably decided to skip the Dinagyang Festival on January 25-27, 2019 for security or even health reasons.
The safety of a sitting president is always a paramount concern over other considerations.
Many Ilonggos still couldn’t forget when he called Iloilo City as “the most shabulized” and when he threatened to kill the former mayor, Jed Patrick Mabilog, for being a “protector” of illegal drugs.
It would have been a security nightmare for the “overloaded” Regional Police Office 6 (RPO-6) led by Director John Bulalacao if the president came after being officially invited by Mayor Jose “Joe III” Espinosa III.

As Iloilo aims to harvest one million metric tons of rice this year, rice traders in the Philippines are reportedly set to import about 1.2 million tonnes of the staple food, as the Southeast Asian country lifts a two-decade-old cap on purchases.
This developed as the National Food Authority (NFA) has approved initial applications from 180 rice traders for permits to import a total of 1.186 million tonnes of either 5-percent or 25-percent broken white.
It was also reported that bigger rice purchases by the Philippines, already one of the world's top importers and consumers of the grain, could underpin export prices in Vietnam and Thailand, traditionally its key suppliers.
According to Reuters, prices in Vietnam fell last week ahead of the country's largest harvest this month, while the Thai market is likely to see additional supply towards the end of January from the seasonal harvest.
Dr. Sailila E. Abdula, acting executive director of Philippine Rice Research Institute (PhilRice), has rallied workers to support the upcoming Rice Tariffication Act or currently the Senate Bill 1998, which aims to replace import restrictions on rice with tariffs.
Abdula said cost-effective technologies should be further generated for the farmers to survive the possible influx of cheap rice from the international market.
Under the Senate Bill already signed by Senate President Vicente Sotto III and House Speaker Gloria Macapagal-Arroyo, PhilRice will annually receive P3 billion for six years, which will be used for “developing, propagating, and promoting inbred rice seeds to rice farmers and in organizing rice farmers into seed growers associations to be engaged in seed production and trade.”

The Family Planning Organization of Philippines (FPOP) Iloilo Chapter reportedly distributed thousands of condoms to revelers during the highlight days of the recent Dinagyang Festival in Iloilo City.
FPOP Iloilo Chapter program manager Monalisa Diones said they have chosen the festival as a perfect venue to exhort the revelers to practice safe sex and to spread public awareness against the rising cases of Human Immunodeficiency Virus (HIV)/Acquired Immunodeficiency Syndrome (AIDS) in Iloilo City.
We suggest that FPOP go directly to the barangays and educate the couples not only to practice safe sex, but also to minimize producing battalions of babies.
One major reason why many Filipinos are still wallowing in abject poverty is because of overpopulation.
For lack of proper education and training, many couples in slum areas continue to transform their households into bodegas of babies.
The number of mouths to be fed isn’t proportionate to their income, thus many of them continue to live below the poverty level despite working like dogs.