Terry Buckle thought she was prepared for the verdict.

But when it finally came down, she really wasn't. 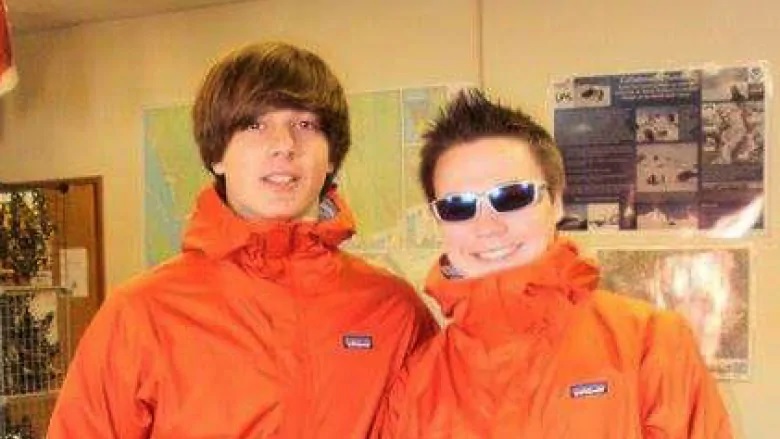 Terry Buckle thought she was prepared for the verdict.

But when it finally came down, she really wasn't.

Foulds was also found not criminally responsible for the attempted murder of Zane Hernandez at a residence in Lund, B.C.

"It was not a surprise to anyone," Terry Buckle said. "Emotions are running really high. There's a lot of anger, sadness, disbelief even though we knew it was coming."

A spokesperson for the B.C. Prosecution Service said after the hearing in Powell River court, Foulds was ordered to stay in hospital pending a decision by the B.C. Review Board about his fate.

Buckle says she and others are still in mourning over the loss of two "good kids" who had bright futures ahead of them.

'They were 100 percent innocent'
Dylan, 21, and Braxton, 20, had been best friends since elementary school, Terry Buckle said.

Dylan had moved back to B.C. months earlier and they wanted to spend the summer in Powell River with their friends.

Dylan had been living in England working for a charity and aspired to become a professional firefighter. Braxton was an apprentice pipefitter who worked in Alberta.

Both came from big families and would go on family vacations together.

"They were 100 per cent innocent. And they died for no reason."

Their greatest passion, Buckle said, was soccer. Both had played for Powell River Villa S.C.

The team honours their memory by including their initials on the kit.

Rare finding
Foulds was arrested in June 2017 after police responded to a reported shooting in Lund,population approximately 300. He was 19 at the time.

He pleaded not guilty to the killings in February and since shortly after the homicides, he has been in custody at the Forensic Psychiatric Hospital in Coquitlam.

The B.C. Review Board says a verdict of NCRMD means "the accused has, beyond a reasonable doubt, committed the acts alleged in the charge ... but was not legally or morally responsible for those acts on account of 'mental disorder.'"

The board is B.C.'s tribunal for making decisions about the liberties of people found NCRMD or unfit to stand trial.

A person found NCRMD is neither found guilty or acquitted.

According to Statistics Canada, such a finding is extremely rare.