Former senator Anna Dominique ‘Nikki’ Marquez-Lim Coseteng is now a stalwart of the steel sector.
Coseteng, the current chairperson of the Philippine Induction Smelting Industry Association, in a letter to Environment Secretary Roy Cimatu, justifies the use of Induction Furnace Smelting Technology. 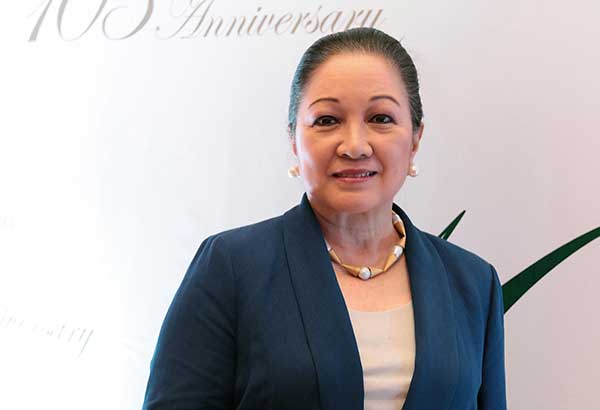 Former senator Anna Dominique ‘Nikki’ Marquez-Lim Coseteng is now a stalwart of the steel sector.
Coseteng, the current chairperson of the Philippine Induction Smelting Industry Association, in a letter to Environment Secretary Roy Cimatu, justifies the use of Induction Furnace Smelting Technology.
Coseteng heads Pisia which is composed of Melters Steel Corp., Real Steel Corp., Wan Chiong Steel Corp., Metrodragon Steel Corp. and Davao Mighty Steel Corp., all of which use IFST.
Coseteng’s letter sought to address recent reports by the Clean Air Philippines Movement Inc. that IFST was a ‘bad technology’ and that it was ‘linked to high levels of air pollution’.
Former senator Nikki Coseteng
“Capmi must substantiate this report with actual results of studies conducted by reliable independent agencies.  Otherwise, it could be taken as self-serving or with their vested interest in mind,” says Costeng.
“There appears to be a lack of appreciation in terms of this new technology, which is the Induction Furnace Smelting Technology or IFST.  It is public knowledge that the more advanced technology, which in fact, minimizes air pollution and definitely lowers electricity cost,” she says.
“IFST technology was developed only over a decade ago in Germany and Italy, is now being used by smelters in the Asean Region, Middle East, Africa, China, Japan, Taiwan and some European countries. It is certainly a direct contrast to the obsolete Electric Arc Furnace, developed some 150 years ago, which causes heavy pollution and is still being used by many local smelters,” says Coseteng.
Coseteng says Pisia is confident that IFST is the better technology in the Philippines and in the world.  “Today, the process is consuming less energy and generates very little pollution.  Many of the members are also ISO-9001 certified by DTI and the Philippine Standard PS-Mark, proving that the products are at par with internationally acceptable standards and manufactured in an environmentally friendly setting.”
The former senator also calls the accusations of the Clean Air Philippines Movement ridiculous, and warns that the country may be a dumping ground of the phased out Electric Arc Furnace equipment, which are considered obsolete in other countries, where smelters using this technology have been closed down.
“Perhaps what we should do is undertake a comparative study of the old technology against the new and better technology, which would of course benefit not only the environment, but the Filipino people.  And as a former lawmaker, a concerned citizen and a conscientious consumer, I appeal to Secretary Cimatu to look into this matter closely, as the benefits of Induction Furnace Smelting Technology are being marred by a simple lack of appreciation of its benefits, when in fact, IFST can very well benefit the Filipino consumer and the environment,” says Coseteng.