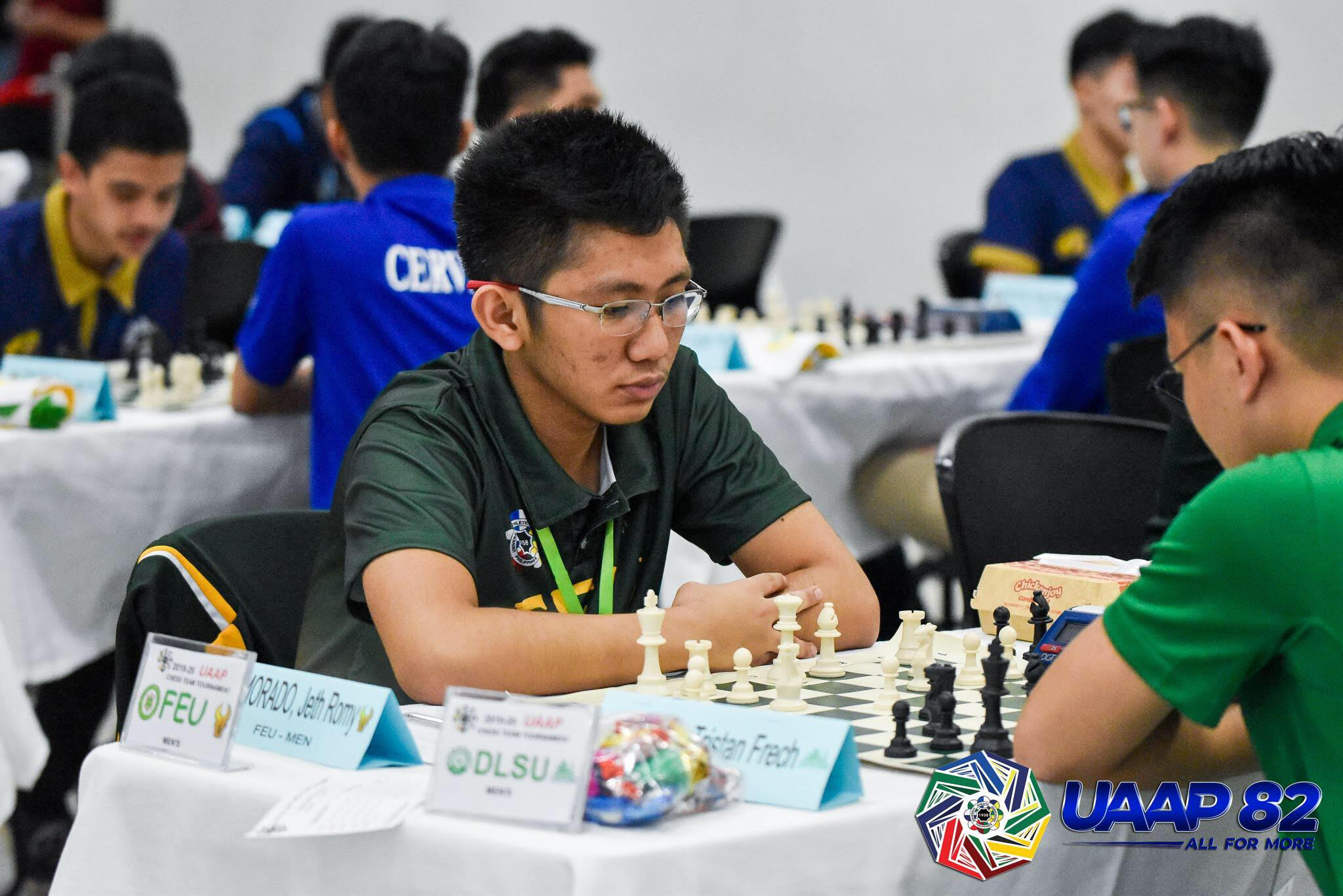 Jeth Romy Morado and Renze Kyle Sevillano aren’t the top two juniors chessers in the country for nothing.

Morado and Sevillano provided the much-needed victories on the top two boards as Far Eastern University downed Adamson, 2.5-1.5, to continue to pull away from the pack after three rounds of the 82nd UAAP Men’s Chess Tournament at the UST Quadricentennial Pavilion Saturday.

Living up to their strengths as the champion and runner-up in the National Juniors Championship early this year, Morado wielded the Caro-kann Defense like magic in besting Remark Bartolome in 44 moves while Sevillano dismantled Allan Cantonjos’ Center-Counter game in 51 moves.

John Merill Jacutina also employed the Caro-kann against Khristian Clyde Arellano but got only a 30-move draw via a three-move repetition to complete the win on third board.

Godfrey Villamor delivered the lone victory for the Falcons, thanks to a marathon 77-move win of a Four Knights Game over many-time ASEAN Youth campaigner Israelito Rillaroza on fourth board.

Thanks to the win, the Tams hiked their total to 8.5 points, a clear two-point lead over the Falcons, who have 6.5 points.

National University, which bamboozled La Salle, 3-1, leapfrog to a three-way logjam for third spot with University of East, which eked out a fighting 2-2 standoff with Ateneo, and University of the Philippines, which pulled the rug from under University of Santo Tomas, 2.5-1.5, with 5.5 points apiece. 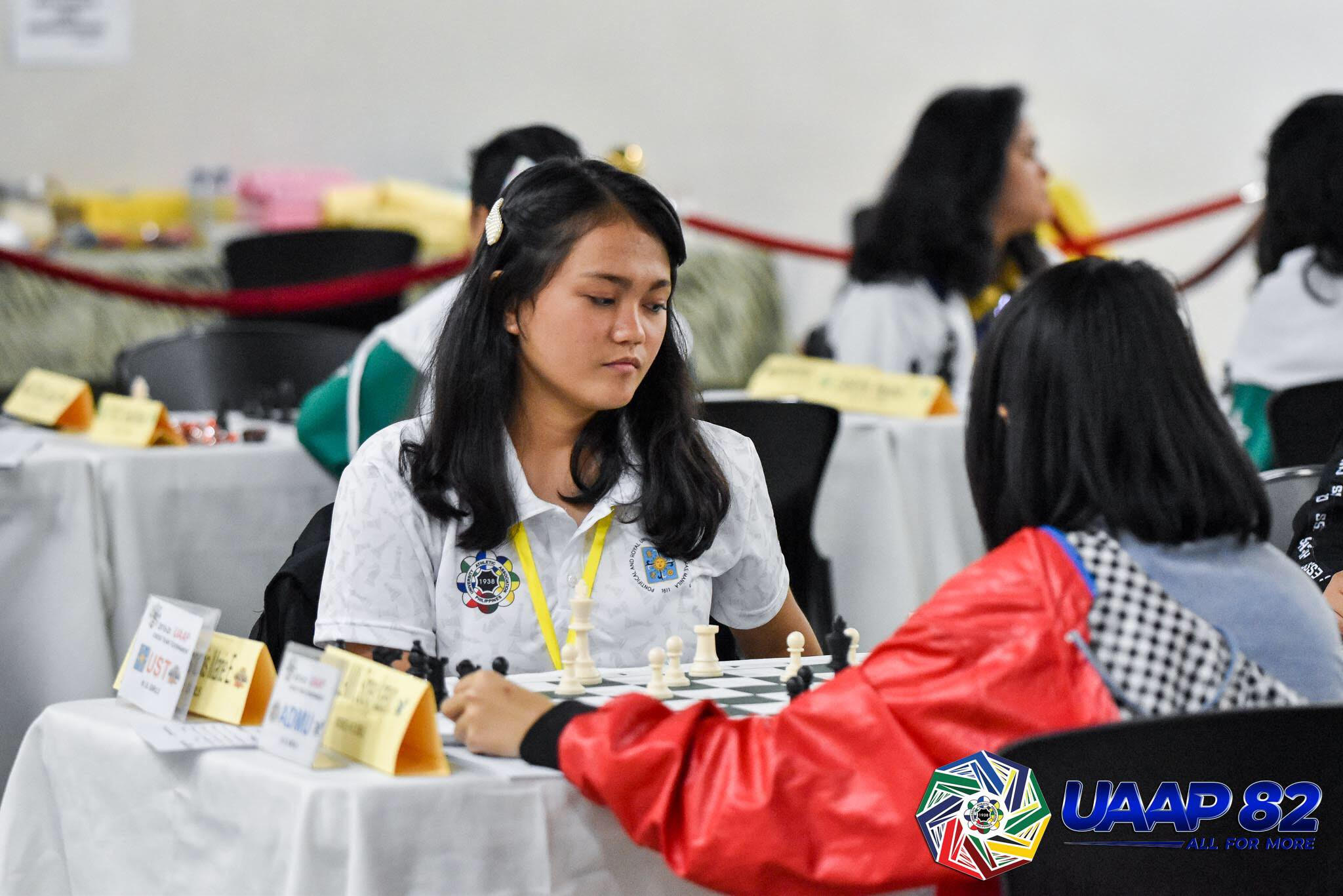 Far Eastern University survived University of Santo Tomas’ upset try and escaped with a 2-2 draw to keep its grip of the solo lead after three rounds of the 82nd UAAP Women’s Chess Tournament at the UST Quadricentennial Pavilion Saturday.
Bea Mendoza saved the day for the Lady Tams as she crushed Jamaica Lagrio’s Sicilian Defense in 31 moves on second board to salvage the draw as former national women’s champion Shania Mae Mendoza was held to a 34-move standoff of a Trompovsky Opening by Maycydel Fajardo on top board.

May Ann Alcantara, for her part, was the Tigresses’ saving grace as she outlasted Marife dela Torre in 44 moves of an English duel on third board.

The Board Four showdown between FEU’s Rizalyn Jasmine Tejada and UST’s Vaneze Fe Villamil ended up in a 43-move split of a Center-Counter battle.

The draw saw FEU’s two-point lead cut down to one as Ateneo wiped out University of the Philippines, 4-0, on wins by Merlene Membrere, Alexis Osena, Manilyn Cabungcag and Laila Nadera to climb to second spot with 8.5 points. 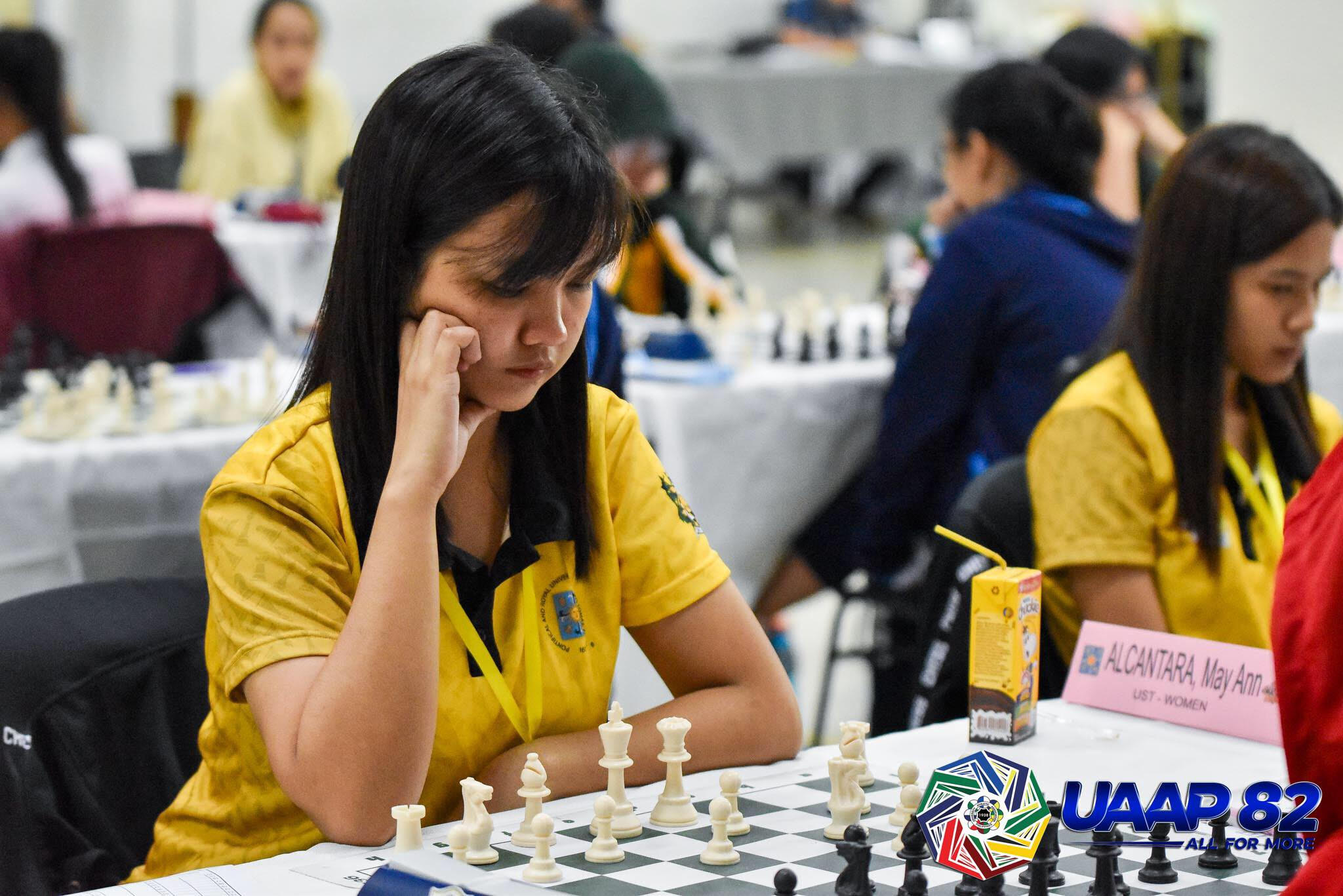 Francois Marie Magpily crushed Esther Joy Valle’s Pirc Defense in 29 moves to power University of Santo Tomas to a 3.5-.5 trampling of La Salle-Zobel and stay at the helm after three rounds of the 82nd UAAP high school girls’ tournament at the UST Quadricentennial Pavilion Saturday.

Magpily, a former Shell National Youth Active and ASEAN Age Group champion, was the anchor to the Espana-based lady woodpushers’ strong start as they kept the stranglehold of the No. 1 spot with 9.5 points.

Precious Day Yecla and Marjeri Janapin delivered the other wins on the last two boards while Eula Djemari dela Cruz halved the point with Glesit Marie Tatoy on third board.

In high school boys, University of the East continued its juggernaut as it obliterated Ateneo, 3.5-.5, to keep its lofty perch with 10.5 points, or a point ahead of National University, which fell from first to second with 9.5 points after absorbing a 1.5-2.5 defeat to Far Eastern University.

Adamson and La Salle-Zobel fought to a 2-2 draw in the only other match of the division.