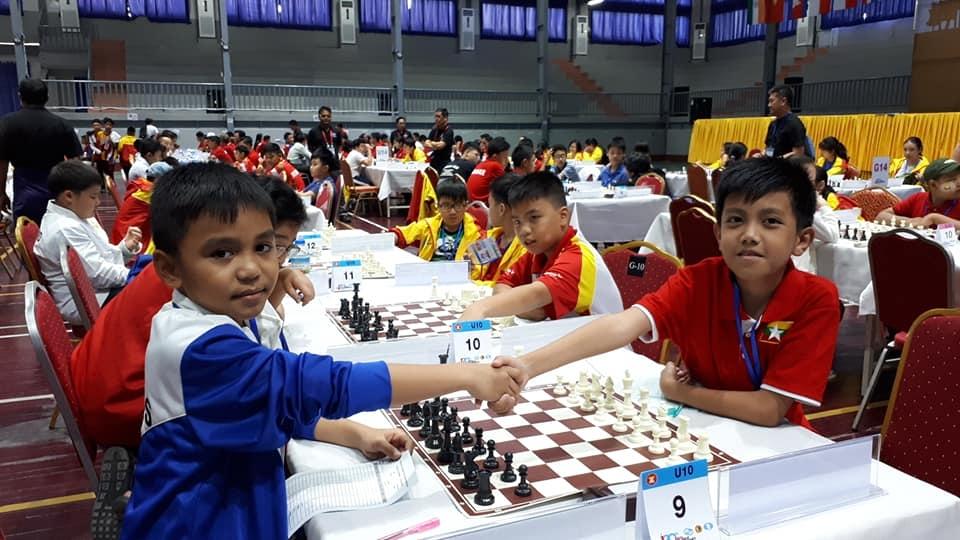 PH chess genius Al-Basher "Basty" Buto tries to sneak into the top 5 when it tangles with Vietnamese Phan Tran Bao Khang in the seventh round of the 20th Asean + Age Group Chess Championships 2019 at the Golden Mandalay Hotel and Hotel Hazel in Mandalay City, Myanmar on Saturday.

The grade 4 pupil of Faith Christian School in Cainta, Rizal was beaten by Candidate Master Pham Tran Gia Phuc of Vietnam in Round 6 in the Under-10 Boys' open division on Thursday.With the setback, Al-Basher remains at 3.5 points, two points behind with sole leader Nguyen Thai Son of Vietnam.

The competition took a break on Friday according to Mr. Bong Buto, father of Al-Basher.

Another Pinay entry Daren Dela Cruz of Dasmarinas City, Cavite climb at 3rd to 6th place after beating Nguyen Ngoc Phuong Nghi of Vietnam in Round 6. She has 4.0 points.

Thai Ngoc Tuong Minh of Vietnam is lording the Under-12 Girls' division with 5.0 points in six outings.

Oshrie Jhames, a Grade 3 pupil of GNC Montessori in Guagua, Pampanga was stuck at 4.0 points. He will meet Vivaan Vijay Saraogi of India in Round 7.

Herson opposite sole leader Nguyen Manh Duc of Vietnam (5.0 points) in Round 7.

The Philippines' Mark Jay Bacojo will slug it out with Candidate Master Vu Hoang Gia Bao of Vietnam in Round 7. Bacojo, playing under the banner of Dasmarinas City, Cavite Mayor Elpidio "Pidi" Barzaga Jr. subdued Myanmar’s top gunner Kyaw Myat Aung in Round 6 to grabs the solo ledearship board with 5.5 points on account of five wins and a draw after six games of play in the Under-14 Boys' open division of the Standard competition.-Marlon Bernardino-