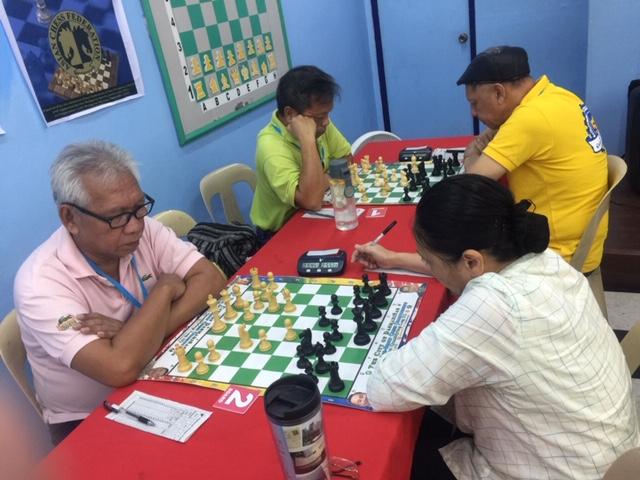 "I joined the 2019 National Seniors Chess Championship for the 'Love of Chess ' as my passion. Meeting old time chessmates is fun and interesting. Thanks, God bless us at this stage of our life." said the former PNP chess player 75 years old Isaac who is also want to be an example to all Seniors players to continues to play chess.

It was a sorry loses for the 56 years old Tunguia, a chess coach from Bacoor, Cavite who upset NM Bagamasbad in Round 2, FM Pacis in Round 4 and NM Sasot in Round 5.

In the on-going National Championship Elimination round (Luzon) for mens, John Jasper Laxamana halved the point with Justine Diego Mordido to remained on top with 4.5 points in five outings. In the women's play, Alexis Anne Osena and Manilyn Cabungcag hurdle their respective rivals to share on top with 4.5 points each after five games ofplay. Osena nipped Jemima Valdez while Cabungcag subdued Natorri Biazza Diaz.