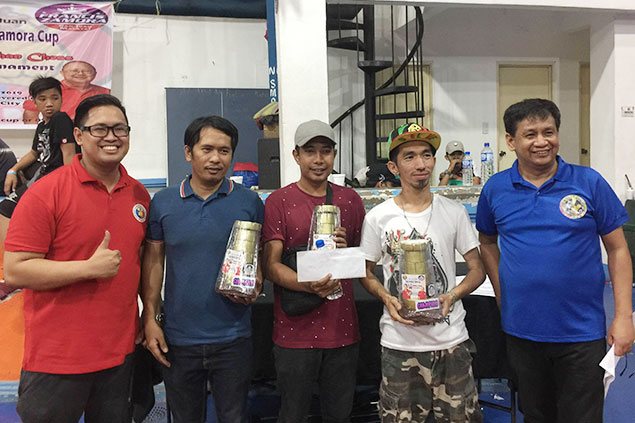 Playing on board two and three for Renaissaince Training Center are the pair of Mark Bravo and Raniel Azares.
" I'm so happy to have been part of such an incredible team. I would like to thank Mr. Marc Simborio and Mr. Mark Anthony Yabut for supporting our team and Rocelen RJ Building Trade Inc. who always beside me supporting my professional chess career," said Lucion much known Biswit in the chess world, who honed his chess skills at the Tarrasch Knight Chess Club in Guadalupe Mall in Makati City.

“When you’re playing in the top board, you have to bring your A-game. Otherwise, it will be very, very hard to beat your opponent,” added Lucion.