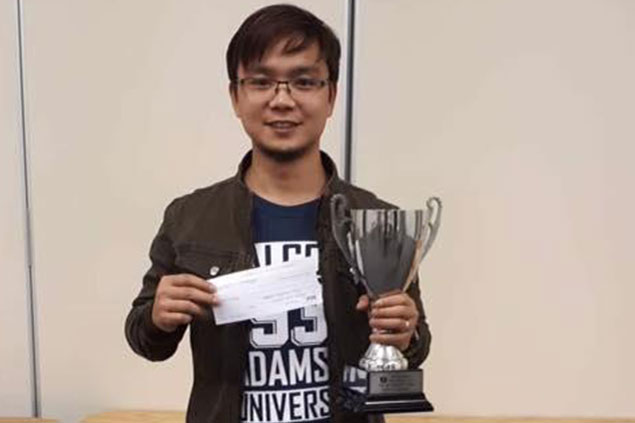 Guerra, a former top player of Adamson University under the tutelage of coach Christopher Rodriguez during his College Days now has two (2) New Zealand chess titles which he won in a span of two months, from January to February.

He won the New Zealand Major Open Chess Championship dubbed as 126th New Zealand Chess Congress that was held January 14 to 24, 2019 at the Waipuna Hotel and Conference Center in Auckland, New Zealand. He tallied 7.5 points on seven wins, one draw and a loss to win the nine-round tournament.

“I congratulate Romie Lord "RL" Guerra for his efforts in bringing honor and recognition to the Philippines in the field of sports." said New Zealand based Jun Isaac, elder brother of ex-PBA player Leo Isaac.-Marlon Bernardino-