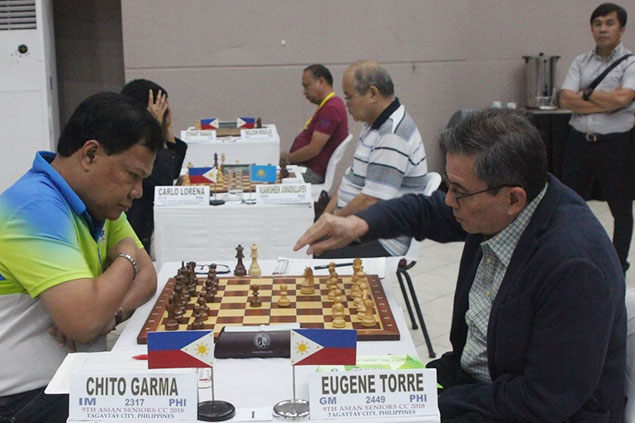 Garma is known to be a Dutch defense (f5) player against d4 Opening (Queens Pawn Game).

With the win, Roca moved up to third place with 4.0 points.

The champion will receive $500 in the tournament organized by Tagaytay Chess Club on behalf of the National Chess Federation of the Philippines (NCFP) and Asian Chess Federation (ACF) and supported by the Philippine Sports Commission (PSC) while winner in the over-65 category will get $350. The top female players will earn $300 (over-50) and over-65 ($100). Mike Lapitan is the tournament director, while Patrick Lee is the supervising arbiter.-Marlon Bernardino-