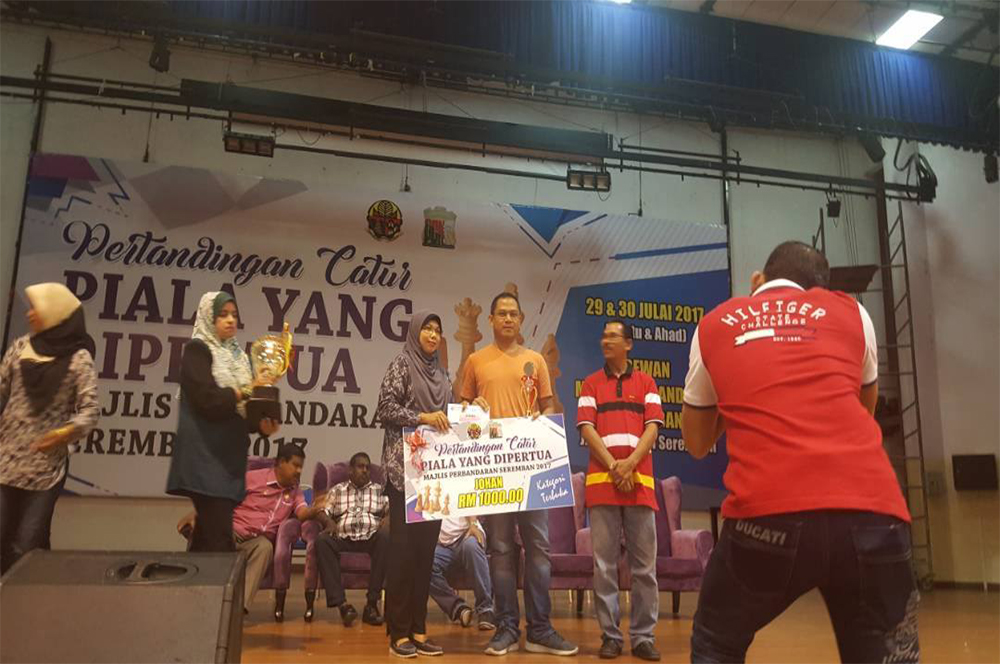 Palma, whose only setback to Udani in the fourth round, won his last three round assignment including big wins against countryman National Master (NM) Stewart Manaog in the final round to settled solo second place with 6.0 points.

The Cabuyao, Laguna pride Palma, a senior engineer here in Selangor, Malaysia, is an ex-varsity player of Mapúa Institute of Technology in the 90's. (end it)