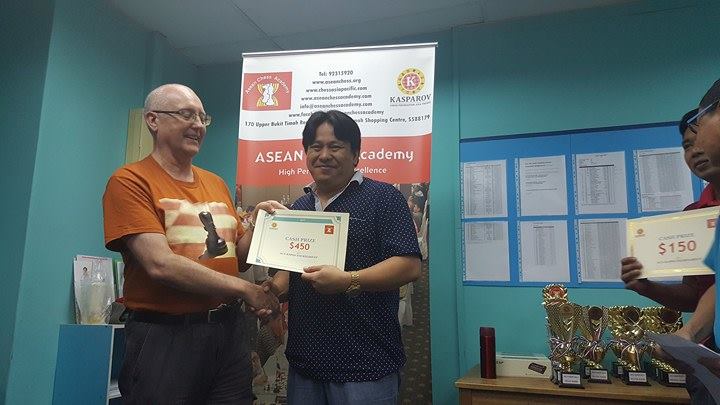 THE Philippine Basketball Association (PBA) Governors’ Cup kicks off today with a double-header set at the Smart Araneta Coliseum.

Singapore---National Master (NM) Roberto Suelo Jr. of the Philippines continued his winning streak in Singapore as he emerged the overall champion in the July edition of Asean Chess Academy (ACA) Rapid Chess Tournament.

The 1996 Philippine Junior champion settled for a draw over compatriot and fellow Quezon City pride Leonard Reyes III in the sixth and final round of the tournament held on Sunday (July 16, 2017) at the Bukit Timah Shopping Centre in Singapore.

Using the disadvantageous black pieces, Suelo agreed a draw against Reyes after 20 moves of English Opening in the twenty (20) minutes time control format to enroute the title.

He received 450 Singapore dollar champions' purse for his effort. Suelo got undefeated in six games of play with five wins and a draw.

"God is so gracious for the fourth time." said Suelo, an active member of the International Churches of Christ (ICOC) in Singapore.

The former son of a shoe maker has four Singapore chess titles which he won in a span of three months, from May to July.

Suelo currently works at chess teacher in Singapore. Born and raised in Quezon City, Suelo is best to remember who help the Rizal Technological University (RTU) Mandaluyong woodpushers to steered the national championships title during the national inter-collegiate in the mid 90's. (end it)