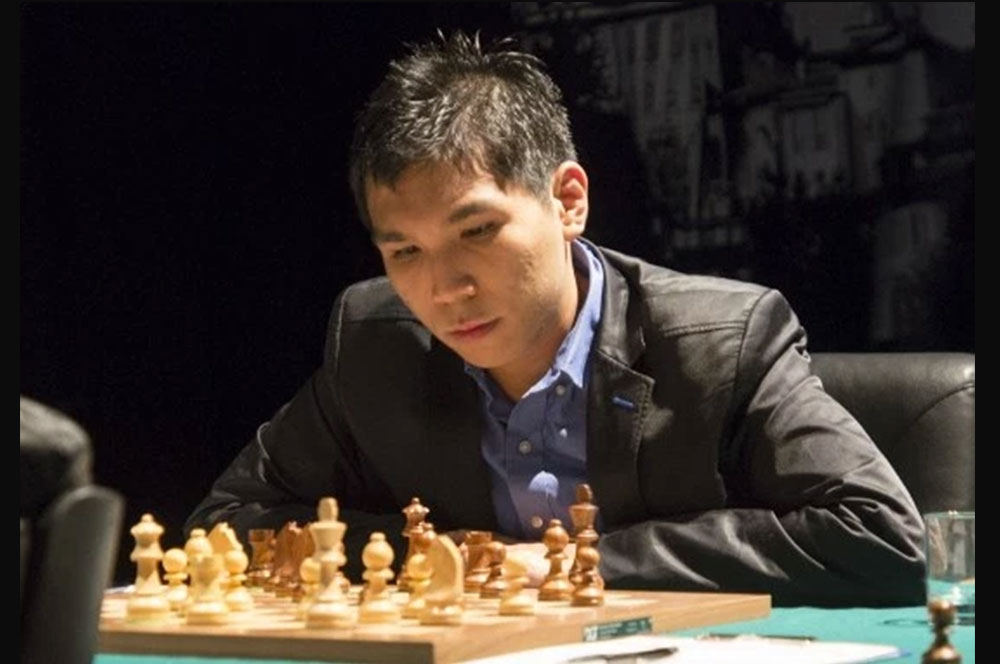 FILIPINO grandmaster Wesley So showed confidence to beat Polish GM Radoslaw Wojtaszek in 34 moves of an English Opening in round 10 of the ongoing 2017 Tata Steel Chess Masters in Wijk aan Zee, The Netherlands.

It was So’s 53rd straight win since winning the Sinquefield Cup, the London Chess Classic, and taking the overall crown in the  Grand Chess Tour last year.

“Today went very well. I’m safe with it,” said So in an interview with chessbase.com.

So said Wojtaszek went by the book until the 2808 ELO-rated So pushed a pawn to b4 on the 18th.

The Polish GM could have played to a draw, according to So. Wojtaszek’s Qe7 move put pressure on his queenside.

In the next moves, So developed and tried to protect a three pawn advantage.

Three pawns advanced, Wojtaszek got rid of two. But he missed the winning line when a second pawn was promoted into a queen, checked his king, and the bishop gobbled it up.

Wojtaszek conceded after realized that he won’t be able to stop So’s remaining passed pawn at b4. The Polish GM already lost his major pieces while going after two other passed pawns.

“I’d like to thank the Lord for letting me win today. Before that I had a series of four draws. So I was kinda worried if I was gonna win today,” said So.

Wei missed a winning line and a drew with Eljanov in 55 moves of a Reti.

Meanwhile, So’s supporters told the Manila Standard that this year will be a turning point in his campaign to make it to no.1 in the world.

They said that this he will be  the first time he has been able to afford some serious help.