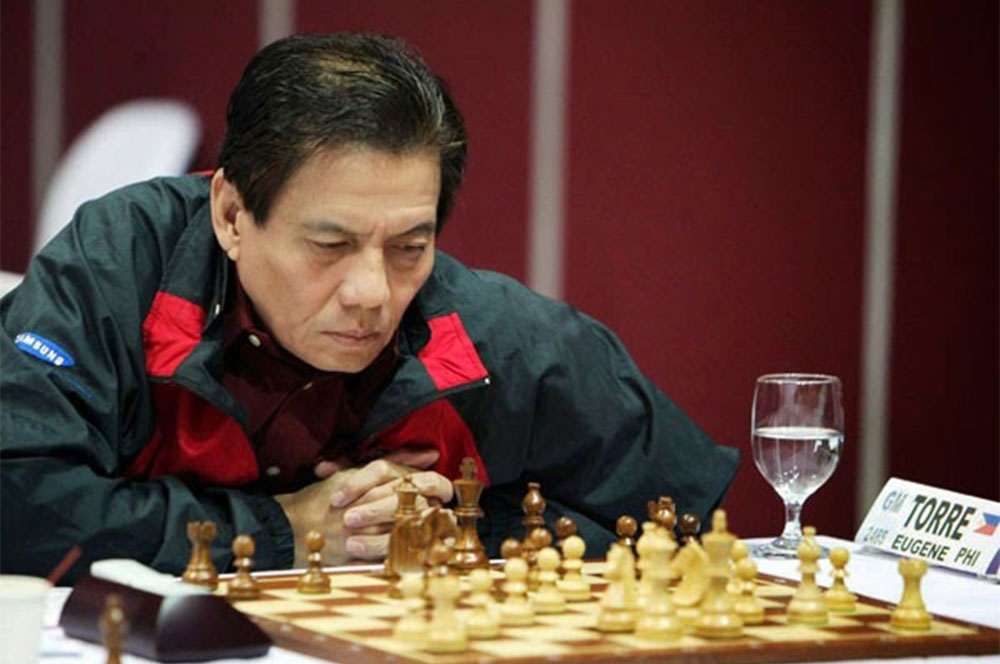 LIKE wine, Grandmaster Eugene Torre gets better with age.

Showing he’s still a force to reckon with at 65, Torre carried the country’s campaign in the 2016 Chess Olympiad in Baku, Azerbaijan just like he did during his heydays as the top chess player not only in the Philippines but also in Asia.

Appearing in another record-breaking 23rd appearance in the biennial meet, Torre emerged as the best player out of the four-man Filipino team and in the entire tournament for that matter, after finishing undefeated behind a spectacular 10 points out of the possible 11 on nine victories and two fighting draws.

While, the total score was the biggest among anyone in the meet, Torre ended up notching just the bronze medal on Board 3 since the format awards winner (gold medalist) to the player with the highest performance rating.

Nonetheless, the performance served as among the few bright spots to the country’s campaign in the 42nd edition of the Olympics of chess. It was also Torre’s first medal in the event since winning the silver on Board 1 (9 wins and 10 draws) during the 1974 Olympiad in Nice, France where the Filipino achieved his Grandmaster norm, the first ever to do so in Asia at the time.

For turning back the hands of time behind his excellent performance in Azerbaijan, Torre will deservingly be recognized with a Lifetime Achievement Award in the coming Philippine Sportswriters Association Annual Awards Night presented by San Miguel and MILO.

The most accomplished Filipino chess player of all time is among the top awardees to be feted by the country’s oldest media organization in its annual gathering of sporting heroes and heroines co-presented by CIGNAL/Hyper TV on Feb. 13 at the LE PAVILION in Pasay City.

Rio De Janeiro Olympics silver medalist Hidilyn Diaz is the recipient of the 2016 Athlete of the Year award, an honor once bestowed to Torre in 1982 when he was the toast of Philippine sports along with  bowler Bong Coo and former world boxing champion Frank Cedeno.

As Lifetime Achievement awardee, Torre joins a list of distinguished personalities also conferred with the same honor in the past such as the 1973 PH men’s basketball team, the late cage great Carlos Loyzaga, coaching icon Virgilio ‘Baby’ Dalupan,  Francisco Elizalde, Mauricio Martelino, and Carlos Padilla, among others.

Last year, legendary baseball and softball player Filomeno ‘Boy’ Codinera was cited with the same award, eight months before he passed away.

Torre has long been elevated too, in the Hall of Fame of the sports organization first established in 1949.

Awards for Executive of the Year, National Sports Association of the Year, Mr. Basketball, Mr. Golf, Mr. Football, Ms. Volleyball, and the special choice of the current PSA president Riera Mallari of The Standard will be handed out during the formal rite backed by Smart, Foton, Mighty Sports, PBA, ACCEL, Gold Toe, SM Prime Holdings Inc.,. Globalport, Rain or Shine, ICTSI, and MVPSF.

Major awardees in different sports, citations, Tony Siddayao Awards, and the MILO Male and Female Junior Athletes of the Year are again to be given out in the event backed by the Philippine Sports Commission, Philippine Charity Sweepstakes Office, and Federal Land.