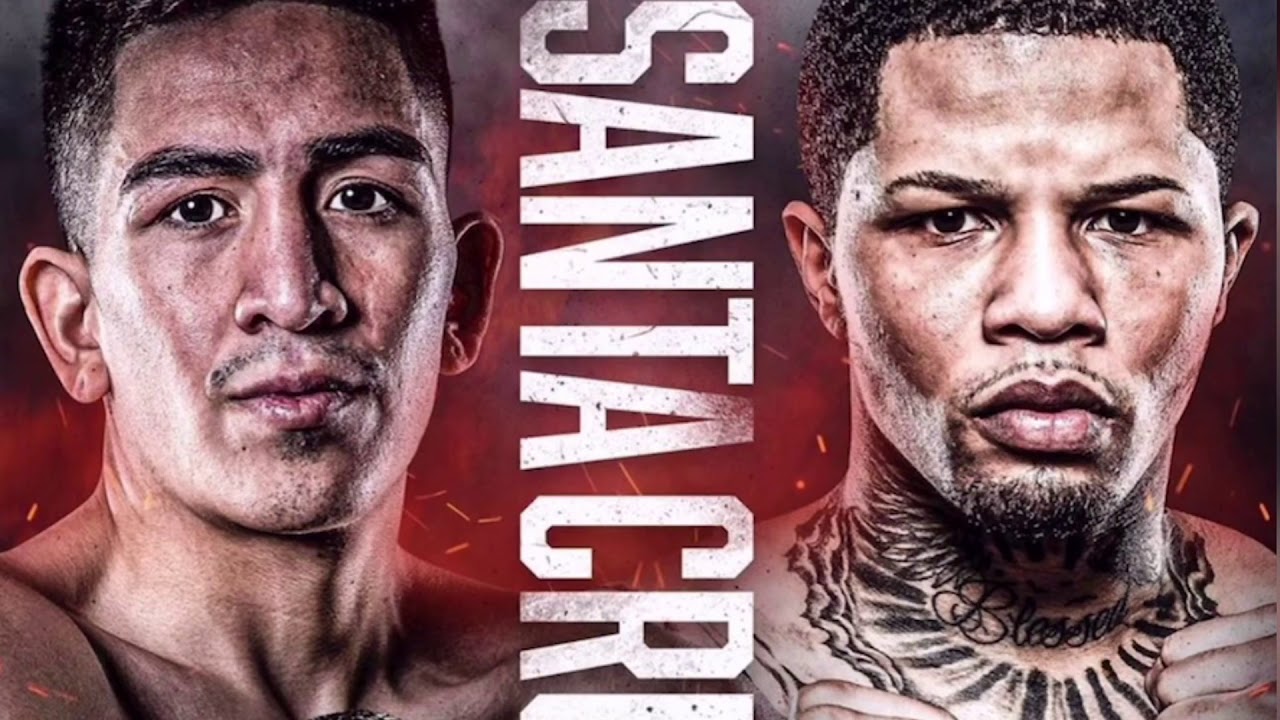 Tickets are now on Sale for the Gervonta ‘Tank’ Davis vs. Leo Santa Cruz fight on October 31st at the Alamodome in San Antonio

, Texas.The Davis-Santa Cruz event organizers are banking on boxing fans being home on Halloween night to order the Davis vs. Santa Cruz fight on Showtime pay-per-view. With the pandemic going on, there are fewer things to do in going out.

Davis (23-0, 22 KOs) will be coming down in weight give pounds to challenge Santa Cruz (37-1-1, 19 KOs) at 130 for his WBA super featherweight strap.Although the Alamodome has a seating capacity of 72,000, the Davis vs. Santa Cruz fight will have approximately 14,000 tickets on sale.Santa Cruz, 32, is a great fighter, but he’s facing a young lion with a lot of power and talent in 25-year-old Davis. This fight could be short, brutal, and bloody if Santa Cruz chooses to stand and trade with Tank on October 31.

Tickets on Sale for Gervonta Davis vs. Leo Santa Cruz“Tickets for my Showtime PPV fight on October 31 at the Alamodome
in San Antonio, Texas are on sale now!!! Get them now before they sell out!” said Tank Davis.Leo Feeling Strong Training For Davis Fight
“I thought going up in weight, it would be easier, but as I gained more weight, my body started adjusting and gaining more weight,” said Santa Cruz to Fighthype. “Before, when I fought at 130, the most I could go up is 144. For this camp, I went up to 148.“That’s the highest I’ve ever been. I’m not cutting weight. I’m training, and I’m eating really good. I wouldn’t go under 140. I’m still eating right there.

“Before, when I started training and eating still go, I’ll be 135 already without starting to cut weight. Now I’m the same way, and I’m at 140. So my body is growing, and it’s adjusting.

“It is better for me because when I eat and cut weight, I’m going to get bigger. It is my real weight, and I’m feeling stronger, and on fight date, I’m going to feel a lot better. I think it’s going to be a lot better for me.“My brother told me not to drop too much weight. If I wanted to, I could be around 135 136, but my brother said, ‘You have a lot of time. Maintain it at 140, 142. That way you will feel strong in the sparring and the training and it would be better.

Santa Cruz has put on more weight since moving up to 130, and he’s not going to start cutting weight until later on.

When Santa Cruz moved up to super featherweight for his last fight against Miguel Flores last November, he didn’t look as strong as he had been when he fought at 118, 122, and 126.Leo has put on with the extra weight since his last contest in November; he could have more power hen he faces Davis on October 31.

Davis-Santa Cruz In Front Of Fans On Oct.31
“Everything is perfect right now,” Santa Cruz continued. “We’re getting ready for the fight so we’re ready. They changed the date to a week later. It’s good for me because I get to train a little bit more, and I heard that it’s going to be with fans.

“I’m excited because I want it to be with fans. I’m happy. If I fought without fans, it would have been like I was fighting for nobody. It would be like I’m sparring.

“If I have the fans right there, it will be like they’re watching me and cheering for me. I have a motive to fight for. If it were without fans, it would be totally different. I’m just happy and excited that I can fight in front of fans, and they’re going to be cheering for me.

“I’m very happy and excited,” said Santa Cruz about fighting Tank Davis in front of fans on October 31st in San Antonio, Texas. “This is what I wanted.“I’m going to put in the work, work hard and go out there and give a great show for the fans. I go out there and put my life on the line. Boxing is no joke. I want to give my family a good future, and that’s what I’m going to do,” said Santa Cruz.

Having the fight in front of boxing fans at the Alamodome should have Santa Cruz, considering that he’s one of those guys that fight at a high level with a crowd. If he can draw energy from the people at the stadium, it could will him to an upset victory.

There’s a lot of things that could go wrong for Tank Davis in this fight. He’s not used to coming down in weight, and he’s facing a nonstop puncher in Santa Cruz.

Losing the weight will be difficult enough for Tank, but when you add that he’s facing a fighter that throws a lot of punches, it could be trouble. Davis had problems in his last fight against Yuriorkis Gamboa last December because of the fight’s high pace.