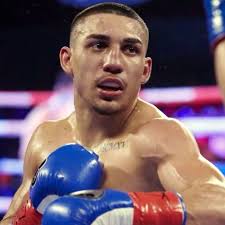 Teofimo Lopez and Vasily Lomachenko will be fighting in front of a small crowd of 250 people when they meet up in 12 days from now on October 17th at ‘The Bubble’ in the MGM Grand in Las Vegas, Nevada.

Top Rank promoter Bob Arum says they’ll be letting a small group of the first responders to attend the fight live a the MGM Grand. These are the people that took care of the COVID patients.

As far as the fight goes, IBF lightweight champion Lopez (5-0, 12 KOs) says he doesn’t like Lomachenko’s personality and the way that he carries himself.
Teofimo got to see what Lomachenko is like in person in interacting with him and views him as arrogant, and he wants to put him in his place on October 17th.The 23-year-old Brooklyn, New York native Lopez has already apologized to Arum for what he’s going to do to WBA/WBC/WBO lightweight champion Lomachenko (14-1, 10 KOs)

When the smoke emerges on October 17th, we’ll have an undisputed 135-lb champion with the Lomachenki vs. Teofimo fight winner.

“This is the biggest fight of the year,” said Bob Arum about the Lomachenko vs. Lopez fight. “People have been looking forward to this fight for so long, and I want to give a shout out to ESPN for giving us the wherewithal to show this fight without an additional charge to anybody.“People that love boxing and follow the sport are looking forward to this match as I am. One of the innovations that we’ll have here is thanks to the state of Nevada that we’ll be able to admit to the Bubble 250 to watch the fight under strict guidelines. So we will have a cheering audience at the fight.

“There are no tickets available,” said Arum about the 250 people allowed into the Bubble at the MGM Grand for the Lomachenko-Lopez fight. “The people that are admitted under the strict protocols will be the so-called first responders.“We’re looking to reward those people that worked in the hospitals, taking care of the COVID patients. There will be a few additional senses among the 250 given to the fight camps to invite people near and dear to them, which wouldn’t have been allowed under the old protocol.

“But there will be no sales of tickets, no high rollers or any of that stuff. I think Aaron will clarify that some of those seats will be available to the media, but all under very strict monitoring protocols, which Brad Jacobs will be distributed to everybody who wants to attend the fight,” said Arum.

Hopefully, none of the people that are attending the Lopez vs. Lomachenko contest are ill because that would be bad. Arum didn’t say what precautions they would have to ensure that no one is sick in the audience.“I’m 12 days out from being undisputed champion. That’s where my mindset is at,” said Teofimo. “I’m 23-years-young, and we have a lot to showcase. I’m very content. No nerves.

“I’m just ready and determined. The winner comes out the undisputed lightweight champion. That’s something historic right there. This is for all the marbles. I’m very thankful, very happy, and I can’t wait,” said Teofimo Lopez.

“Moving forward, I’ve had my reasons. I’ve seen how Vasily Lomachenko carries himself outside of the sport. I got to witness that in person because I am a professional athlete, I can see behind the scenes.

“And I just don’t like it. I don’t like the way things have been carried upon with him. That’s why on October 17th, I can’t wait to put hands on him. Sorry, Bob. I know that’s your guy, but he ain’t going to be your guy after this,” said Lopez.

After all this time, Teofimo is finally about to land his shots on Lomachenko, and its going to be exciting to see if he can take it. Teofimo says he put on more muscle from his previous fight last December in working out, and he’s going to have more size after he rehydrates.For Lomachenko, this will be a new experience in fighting the biggest opponent of his career. Lomachenko got marked up in his wins over Jose Pedraza, Jorge Linares, and Luke Campbell at 135. He looked like the loser at the end of those fights from just looking at how bashed up his face was.