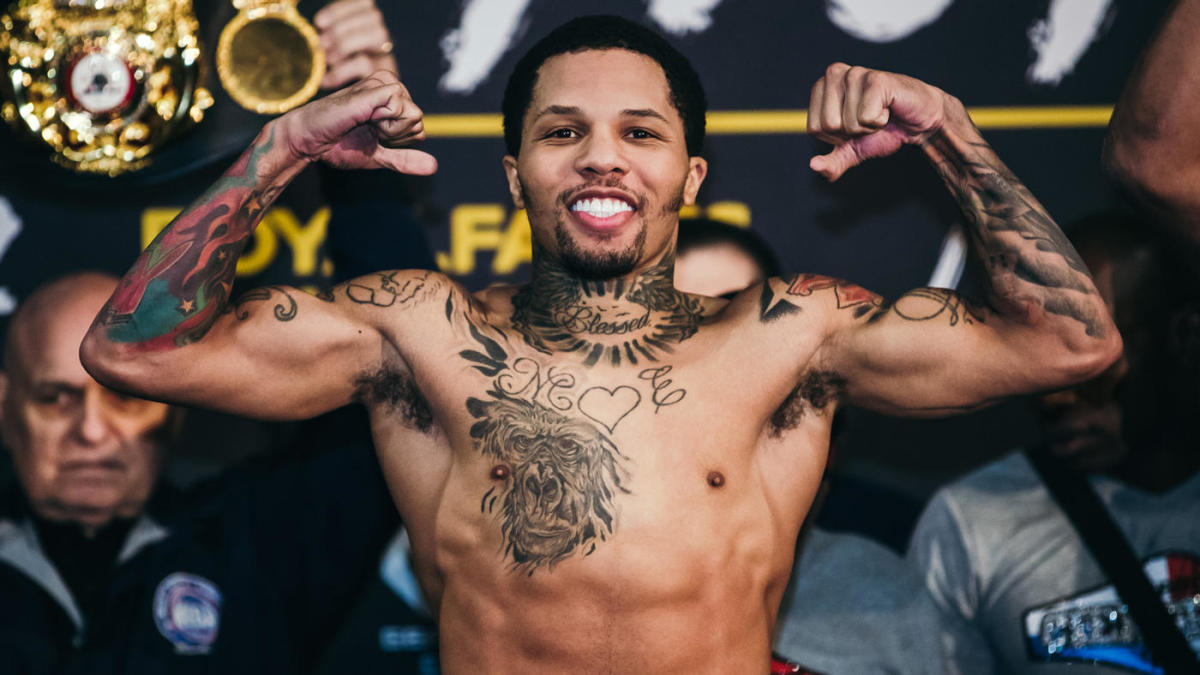 Teofimo Lopez feels that Gervonta ‘Tank’ Davis will be dehydrated, and he won’t make weight for his fight against Leo Santa Cruz next month on October 24th.

Gervonta (23-0, 22 KOs) will be coming down fro 135 to challenge Santa Cruz (37-1-1, 19 KOs) for his WBA super featherweight title.
Davis, 25, had problems making the lightweight limit of 135 for his last fight against Yuriorkis Gamboa on December 28th. He weighed heavy on the first weigh-in attempt, and he needed to lose weight in his dressing room before coming back to weigh-in successfully.

Tank missing weight and coming in dehydrated could give Leo, 32, his best shot at winning the fight, considering that he’s being overmatched in the power department. Davis is a lot stronger than Santa Cruz, and he’s heavier.Is Teofimo intentionally predicting a negative outcome for Davis because he doesn’t like him, or does he believe he won’t make weight? It’s hard to say. If Teofimo has a bias against Tank, then you can’t take him seriously.Tank Davis Won’t Make Weight
The style of fighting that Leo has is perfect for Davis to excel, as he’ll have a stationary target for him to land his shots. Santa Cruz tends to slug with his opponent’s, leaving him wide open frequently to getting hit.

“Davis facing Santa Cruz. Davis is going to go back down to 130,” said Teofimo Lopez on socal media. “I’m not sure he’ll [Davis] make the weight, but we’ll see what happens there. If he does, he’ll be very, very dehydrated.

“Honestly, I don’t see that fight; I think its unorthodox. Santa Cruz is Mexican, he’s a beast and he loves to fight. He loves to make it a fight. So definitely we’re going to expect some banging in there, that’s for sure.,” said Teofimo.Tank has put on a lot of weight in the last year, and he seems to be filling out at 25. Of course, an essential factor in Tank’s weight gain is obviously his diet. He’s putting on weight in between fights, which makes it all the tougher when it comes to him to trim down.We have no way of knowing how Tank Davis will handle the weight loss in coming back down to 130 because he hasn’t at 130 since last year. Tank wiped out his overmatched opponent Hugo Ruiz in two rounds, and we never got a chance to see how the weight affected him.If Davis does wind up dehydrated, Santa Cruz will have a good chance of beating him. What Leo should be looking to do is push a fast pace and take Davis deep into the fight to wear him down. If Gervonta is drained from melting down to 130, we’ll see that in the second half of the battle.