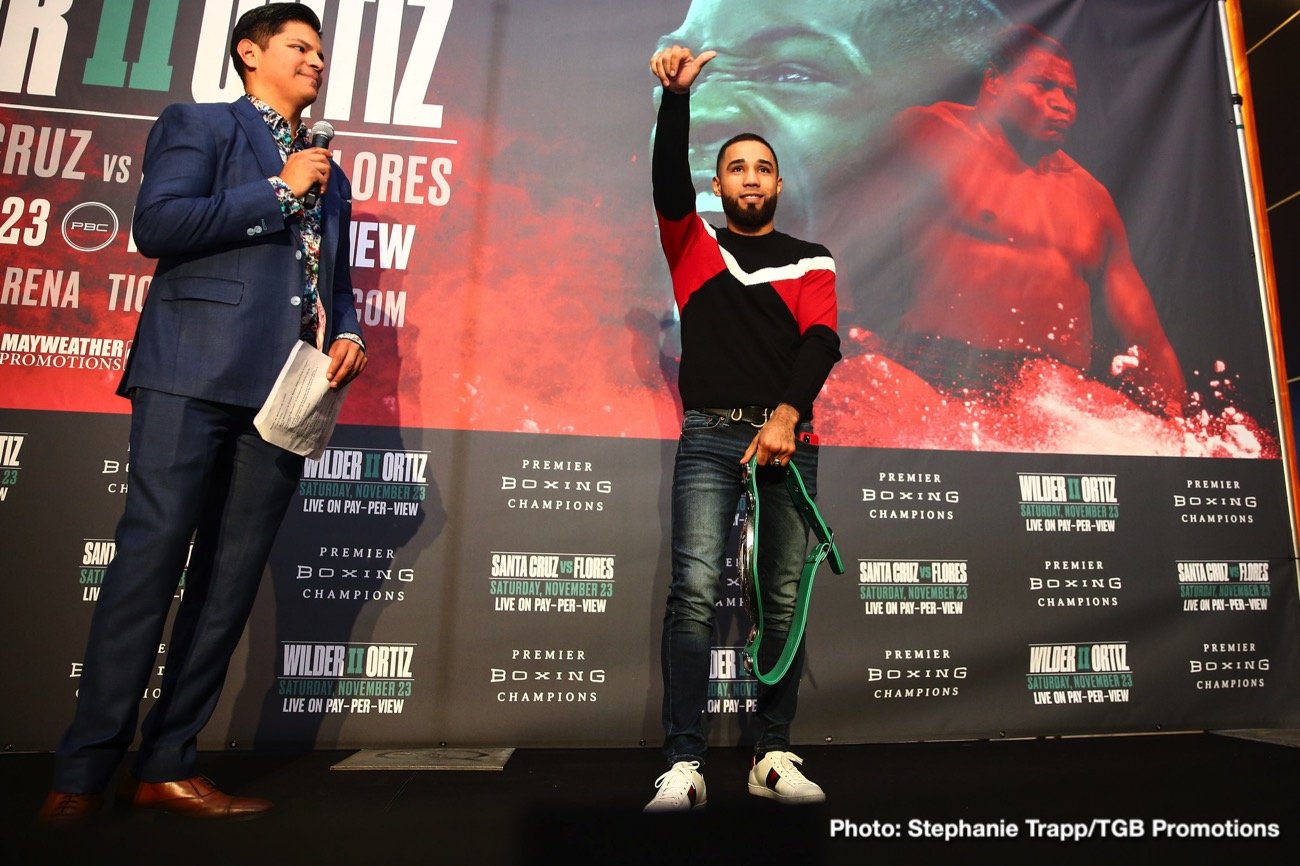 The talented former WBC 118-pound champion Luis Nery and heavyweight contender Otto Wallin will share a card next month on March 28 on SHOWTIME at the Park Theater at the Park MGM in Las Vegas. The card kicks off at 10:00 p.m. ET/PT 7:00 p.m. on Showtime Boxing.

Nery and Wallin have been put in the position to shine with their respective showcase fights against over-matched opposition. Both are fun to watch, and it should be interesting even if their fights turn out to be one-sided.

Rey Vargas awaits the Nery vs. Alameda winner
Nery will be facing unbeaten super bantamweight southpaw Aaron Alameda (25-0, 13 KOs) in a WBC 122-lb title eliminator in 12 round fight in the main event.

The winner of the Nery vs. Alameda fight will be the mandatory for WBC super bantamweight champion Rey Vargas (34-0, 22 KO). Vargas has looked great in the last three years in defending his WBC title five times against good opposition.

Nery vs. Vargas is the fight to see. But first Nery has to get passed the little known 26-year-old Alameda on March 18.

This will be Nery’s debut at 122. He’s decided to move up to super bantamweight after failing to make weight several times for his fights at 118.

Although Alameda, 25, is undefeated, he’s not fought anyone anywhere near approaching world class. It’s going to be interesting to see how well Alameda stands up against one of the best fighters in the sport in Nery. This one could end very early unless Nery’s power doesn’t carry well up to the super bantamweight division.

Nery’s weight problems
The southpaw Nery, 25, will be returning from an eight month absence from the ring. He was scheduled to fight Emmanuel Rodriguez on November 23 on the undercard of Deontay Wilder vs. Luis Ortiz 2 rematch at the MGM Grand in Las Vegas, but he failed to make weight in coming in one pound over the bantamweight limit at 119 lbs. Surprisingly, Rodriguez chose not to go through with the fight.

The fans were split in blaming the fight for not going ahead. While some boxing fans felt that Rodriguez was in the right for choosing not to fight Nery for him coming in over the 118-lb limit, others felt that he should have fought. They believe that Rodriguez didn’t want to deal with what would have been a hard fight for him against the heavy-handed Nery. However, this wasn’t the first time that Nery had failed to make weight.

Nery came in three pounds over the 118lb limit at 121 lbs for his rematch against former WBC bantamweight champion Shinsuke Yamanaka in March 2018, and he promptly destroyed him in 2 rounds. Critics pointed to Nery coming in overweight as the key factor in him winning so easily.

The fans forget that Nery easily dispatched Yamanaka in 4 rounds the previous year in August 2017. Weight likely had nothing to do with Nery crushing Yamanaka the second time around, since he’d already prove that he had the Japanese fighter’s number in their first fight.

Otto Wallin vs. Lucas Browne in co-feature
Fresh off his disappointing 12 round unanimous decision loss to lineal heavyweight champion Tyson Fury last September, Wallin (20-1, 13 KOs) takes on 40-year-old former WBA World champion Lucas ‘Big Daddy’ Browne (29-2, 25 KOs) in a scheduled 10 round fight. This fight can be viewed as a confidence booster for the 6’5″ Swedish heavyweight Wallin, owing to Browne looking a little past it lately.
Browne suffered knockout losses to British heavyweights David Allen in 2018 and Dillian Whyte in 2018. Equally bad, Browne won a controversial six round points decision over journeyman Kamil Sokolowski (8-16-2, 3 KOs) last March in the UK. Sokolowski, 33, knocked Browne down in the 2nd round, and appeared to have done enough to deserve the victory.

The southpaw Wallin looked good for the most part in stepping up against the 6’9″ Fury last September. He gave Fury all he could handle in hitting him with shots to the head, and body. In some ways, Wallin did a better job against Fury than WBC heavyweight champion Deontay Wilder. Where Wallin did well was he ignored all the constant feints that Fury used, and chose to fire shots off knowing that a percentage would miss.

Wallin made a name for himself against Fury
The Fury fight was Wallin’s coming out party, seeing that he was an unknown going into that fight. Wallin badly cut Fury in the 3rd round, and had him bleeding badly. The cut could have resulted in the fight being stopped, which would have given Wallin the victory. Fury chose to fight the whole way, and ended up getting 47 stitches. We’ll see in Fury’s next fight against Wilder on February 22 if he made a mistake in sticking it out the entire fight with Wallin with his severe cut.

In the 12th, Wallin had Fury staggering after he clipped him with a nice left hand. Fury was forced to grab and hold on to make it out of the round. He was more hurt from Wallin’s left hand than from the right-left combination that Wilder knocked him cold with in their first fight in 2018. When Fury got up from that knockdown, he fought well for the remainder of the round. Against Wallin, Fury was too hurt to throw much back after he was clipped, and he looked ragged.

Wallin wasn’t afraid of Fury due to his lack of power, so he had a lot of success, especially with his body work. Fury was bothered by the body shots from Wallin, and that seemed to weaken him in the last half of the fight. Fury’s fans and team would likely blame his exhaustion based on him not being in the best shape for the Wallin fight, but that’s an excuse he’s been using for awhile now and it’s getting old now.