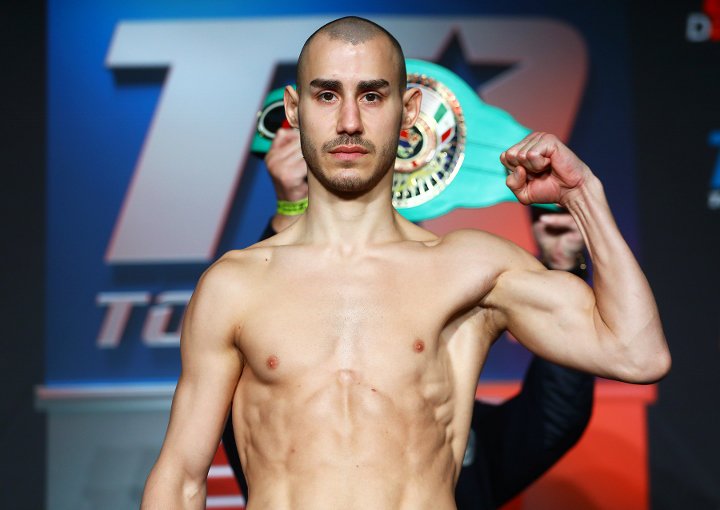 Russian boxer Maxim Dadashev has been placed in a medically induced coma after undergoing brain surgery following his loss to Subriel Matias in an IBF junior welterweight title eliminator bout on Friday night.

After deciding that his fighter had taken too much punishment, Hall of Fame trainer Buddy McGirt decided to throw in the towel after the 11th round. It proved to be a wise decision as Dadashev vomited before he could even make it back to the locker room, and he left the arena on a stretcher.

"God forbid, one punch as you know can change a whole guy's life and I wasn't going to let that happen," McGirt said in the ring of his decision to stop the fight. "I'd rather have them be mad at me for a day or two then to be mad at me for the rest of their life."

According to Mary IH Cobb, the neurosurgeon who operated on Dadashev, the fighter had suffered a brain bleed on his right side, that his head was shaved and his scalp opened up, and he was showing signs of severe brain damage. He had been given medication to decrease swelling. Per Cobb, Dadashev may have to remain in the hospital for several months, but a strong recovery isn't out of the question. "I wouldn't give up on him," Cobb told Dadashev's camp.

"Right now, he's in critical condition, but the doctor told me that he's stable," one of Dadashev's coaches, Donatas Janusevicius, told ESPN. "We know that the bleeding has stopped. Also, the swelling has stopped. So some positive news, and we hope and pray for the best."

Undefeated heading into the bout, Dadashev was taking heavy punishment from the also undefeated Matias, and was perhaps a bit too tough for his own good. Matias had a comfortable lead on the cards when the fight was stopped, with the three judges seeing the action 109-100, 108-101 and 107-102 in his favor.

"I hope that Maxim is all right," Matias said after his win. "He is a great fighter and a warrior."