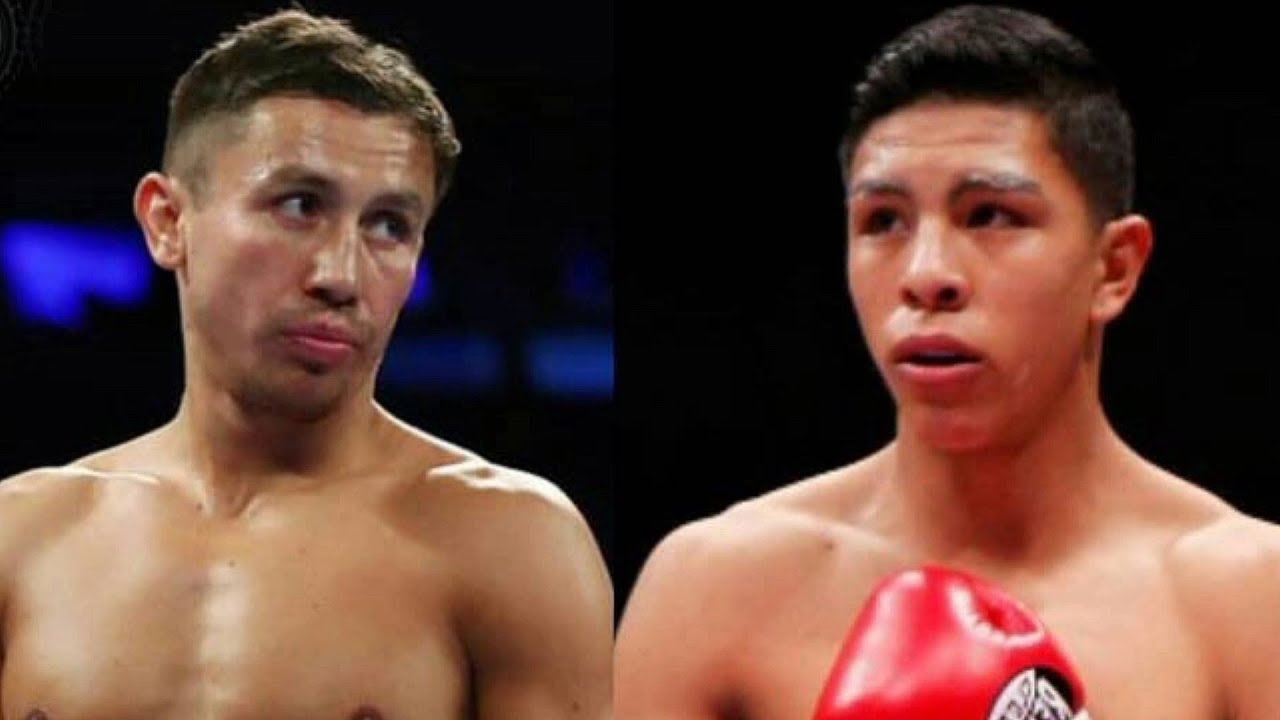 Gennady Golovkin vs. Jaime Munguia is a possible fight to take place in the fall if Saul Canelo Alvarez steps up to 175 to challenge WBO champion Sergey Kovalev, according to Mike Coppinger @TheAthleticBOX .

GGG vs. Munguia fight would potentially be taking place on the Mexican Independence Day holiday weekend on September 14.

Golovkin vs. Munguia great option for Sept.14
The reason why Golovkin and Munguia (33-0, 26 KOs) could be taking the September 14 date is a knee problem Canelo is experiencing. Top Rank promoter Bob Arum says Canelo is having knee “discomfort,” according to Coppinger.

With Canelo possibly missing his Mexican Independence Day date, Golovkin would be able to slide in and take the date for DAZN against a popular young Mexican star on the rise in the young 22-year-old Munguia.

“Sources tell @TheAthleticBOX Jaime Munguia is a possibility to fight GGG this fall if Canelo Alvarez indeed fights Sergey Kovalev, especially if Canelo-Kovalev doesn’t land in September. In that scenario, would ensure DAZN has Mexican Independence Weekend fight with GGG-Munguia,” said Coppinger.
Munguia lacks experience to fight GGG
Golden Boy Promotions could be making a mistake in allowing a young talent like Munguia to face Golovkin in September. Those two fighters were set to fight last year, but the California State Athletic Commission failed to sanction the contest due to Munguia having no experience fighting at 160. It’s a year later, and Munguia still hasn’t fought at middleweight, and he’s coming off of a questionable 12 round majority decision victory over Dennis Hogan last April in Monterrey, Mexico. Many boxing fan thought that Munguia deserved a loss in that fight. Munguia won by the scores 115-113, 116-112 and 114-114. A lot of people saw that as a hometown decision.

For Munguia’s first fight at 160 to be against a wrecking machine like Golovkin, it’s disturbing. Munguia’s promoters at Golden Boy Promotions would be throwing him into the deep end of the pool if they match him with Golovkin in September. A fight between Munguia and GGG would make sense in two or three years from now, but not right away.

READ  Anthony Joshua trying to improve his mobility
Fans question why GGG not facing Demetrius Andrade
There’s going to be a huge backlash against Triple G if he faces the young Munguia instead of WBO middleweight champion Demetrius Andrade. The reaction from fans today to the news of GGG possibly facing Munguia next has been overwhelmingly negative on social media. A lot of boxing fans see it as a ducking move on Golovkin’s part with him choosing not to fight Andrade for his WBO title. Canelo and Golden Boy Promotions told Golovkin to go out and win a world title to have something to make the Canelo-GGG trilogy fight worthwhile.Golovkin ignored what they asked him to do, and picked out #15 WBC Steve Rolls. Munguia is currently the WBO junior middleweight champion so he’s not quite as bad as Rolls, but he’s still never fought at 160. It would look better for Golovkin to set up a fight against Andrade for September than fighting Munguia. Andrade is with DAZN, and his promoters at Matchroom Boxing USA are highly interested in making the fight with Golovkin. In fact, Eddie Hearntold the media last Saturday at the post-fight news conference that he wants GGG for Andrade’s next fight. There’s a perception by a lot of boxing fans is Golovkin is afraid to fight Andrade, and is just looking to cash out against Canelo.

Munguia won the WBO junior middleweight title in May of last year in stopping Sadam Ali in the fourth round. Since that victory, Munguia has successfully defended his WBO 154 pound title four times in beating Liam Smith, Brandon Cook, Takeshi Inoue and Dennis Hogan. Munguia had looked good until his last fight against Hogan in winning a questionable 12 round decision in Mexico