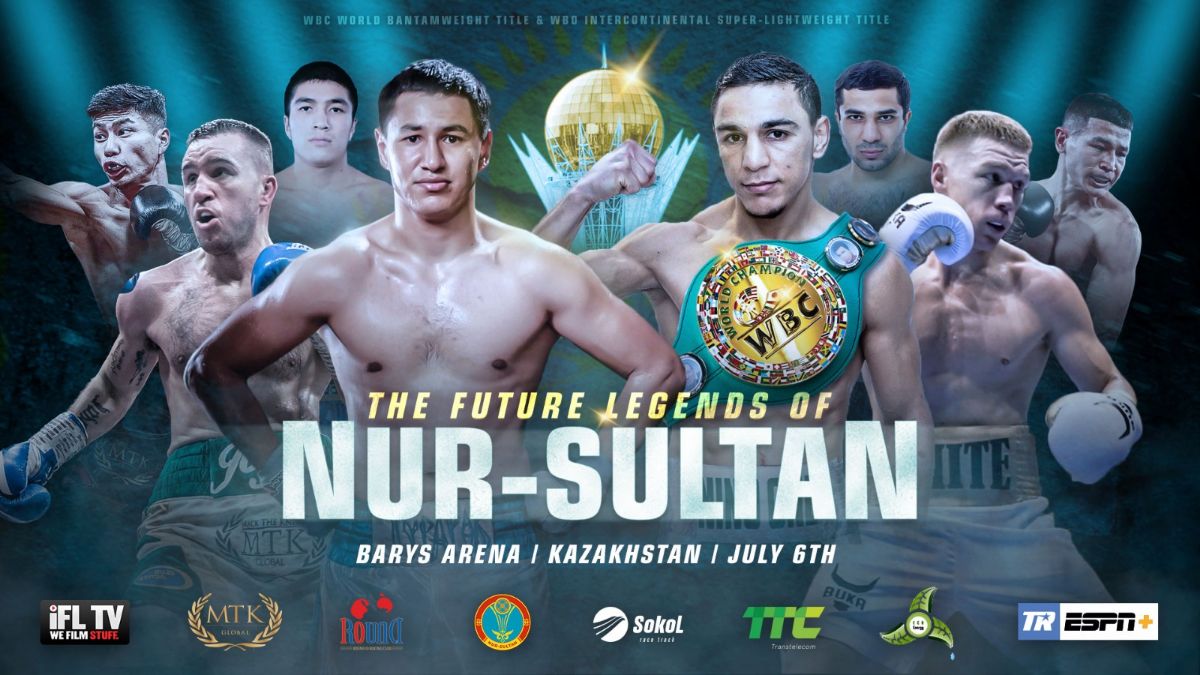 (July 1, 2019) — Nordine Oubaali is set to make the first defense of his WBC world bantamweight title against tough Filipino contender Arthur Villanueva Saturday at Barys Arena in Nur-Sultan, Kazakhstan, as part of the nation’s celebration of Capital City Day.

Oubaali-Villanueva will be the official co-feature, as a crowd of more than 10,000 fans is expected to watch unbeaten hometown hero Zhankosh Turarov fight Mauro Maximiliano Godoy in the 10-round main event for the vacant WBO Intercontinental junior welterweight title.

Oubaali-Villanueva and Turarov-Godoy will headline the latest edition of #MTKFightNight on ESPN+ — the industry-leading sports streaming service — beginning at 10 a.m. ET/7 a.m. PT.

Oubaali (15-0, 11 KOs) won the vacant WBC world bantamweight title in January with a clear-cut unanimous decision over former world champion Rau'shee Warren. The bout, which took place in Las Vegas on the Manny Pacquiao-Adrien Broner undercard, was only Oubaali’s second pro bout outside of his native France. Villanueva (32-3-1, 18 KOs) will be making his third attempt at a world title and is unbeaten in two fights since a 2017 TKO loss to Luis Nery.

Turarov (23-0, 16 KOs) turned pro more than a decade ago in Kazakhstan and will be fighting for the second time in as many months since signing with MTK Global. He knocked out Richmond Djarbeng in two rounds last month in Cardiff, Wales, in a fight that streamed on ESPN+. Godoy (31-4-1, 16 KOs), from Argentina, is coming off a 10-round unanimous decision victory March 15 in his home nation. He is a former South American super lightweight champion who has gone 10 or more rounds seven times.

In other action scheduled for the ESPN+ stream:
Unbeaten Kazakh prospect Viktor Kotochigov (9-0, 4 KOs) will take on Jairo Lopez (24-10, 16 KOs) in a 10-rounder for the vacant WBC International lightweight title. The 26-year-old Kotochigov has fought in seven different countries in his young pro career and is on the fast track to a potential world title opportunity. Lopez, from Apodaca, Nuevo León, Mexico, has won two of his last three and will be fighting for only the second time away from his home country.