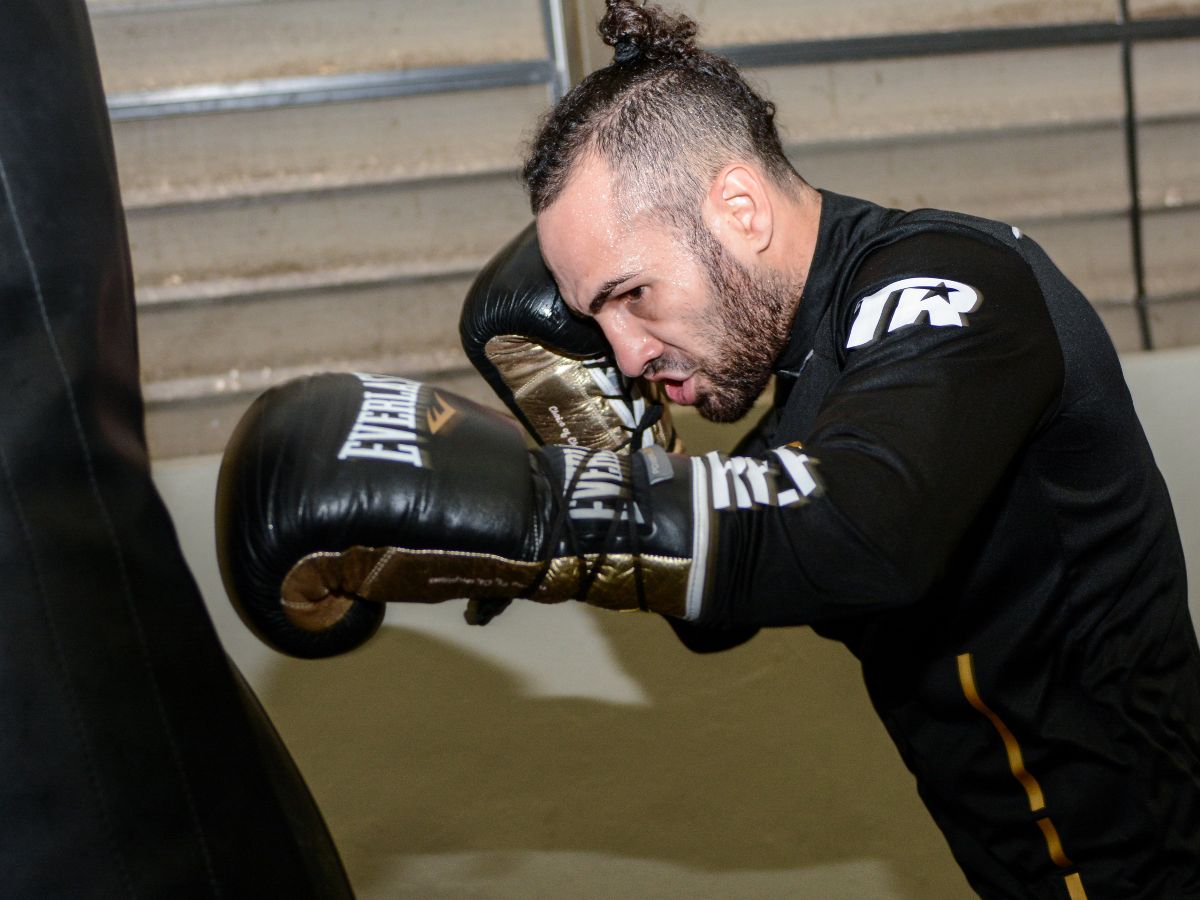 GUAYNABO, Puerto Rico (May 16, 2019)— It is personal for former two-division world champion and current lightweight contender Jose "Sniper" Pedraza. His opponent May 25 at Osceola Heritage Park in Kissimmee, Florida, is Antonio Lozada Jr., who in March of last year knocked out then-undefeated Felix Verdejo in the 10th round. Verdejo and Pedraza both hail from Puerto Rico, and Pedraza, who is coming off a unanimous decision loss to Vasiliy Lomachenko, hopes to avenge his countryman's defeat.

Pedraza, Cintron, and Lebron worked out for the media Wednesday at Felix Pagan Pintor Boxing Gym. This is what they had to say.

"I am very motivated for this fight. Lozada is a very dangerous fighter, and the sport of boxing is very unpredictable. He is the typical Mexican warrior who always comes forward and applies pressure at all times, but we have worked very hard, and I am sure that I will come out victorious for all of Puerto Rico on May 25."

"I want to get rid of that thorn (avenging Verdejo's loss against Lozada), but I have to modify my words. I'm not going for revenge necessarily because only Felix can take revenge on Lozada. As the good Puerto Rican brothers that we are, I'm coming to take that thorn out because he beat one of my longtime friends. I'm coming to win this fight!"

"After this fight, I would like to return to the world title scene at 135 pounds, and I would like to be able to have a championship opportunity by the end of this year. But if I do not get that chance, I will examine my options at 140 pounds. I would like to become a three-division world champion."

"I've been waiting for this fight for a long time. I've been working hard with my coach, Iván Calderón, and I'm ready for big fights. It's my time to shine, and on May 25, I'm going to show that I'm ready to face the great fighters at 115 pounds."

"I'm going to face an experienced fighter who has already been an interim world champion, but I'm coming with everything. I'm going to give everything in the ring, and I assure my people that I will come out with the victory."

"I feel super happy to be representing the new wave of Puerto Rican fighters in front of the fans in Kissimmee. Many Boricua fighters will see action on May 25 at Osceola Heritage Park, and we are coming to give an excellent show to our people. Kissimmee is like our house."

"My opponent is a Mexican fighter that endures a lot of punishment. He takes punches very well, and I think that this will be a long fight. I am prepared to go the distance, but I also have punching power. If I hurt him, I'm going for the knockout."

Promoted by Top Rank, in association with All Star Boxing and Teiken Promotions, tickets are on sale now. Priced at $100 (ringside) and $50 (general admission), including all taxes and facility fees, tickets may be purchased online via ticketmaster.com, charge by phone at 800.745.3000 or in person at Osceola Heritage Park box office (open Monday-Friday from 10 a.m. — 4 p.m. and on event days). For more information: www.ohpark.com.
For more information, visit: www.toprank.com, www.espn.com/boxing; Facebook:facebook.com/trboxing; Twitter: twitter.com/trboxing.

Use the hashtags #ItoHerring and PedrazaLozada to join the conversation on social media.