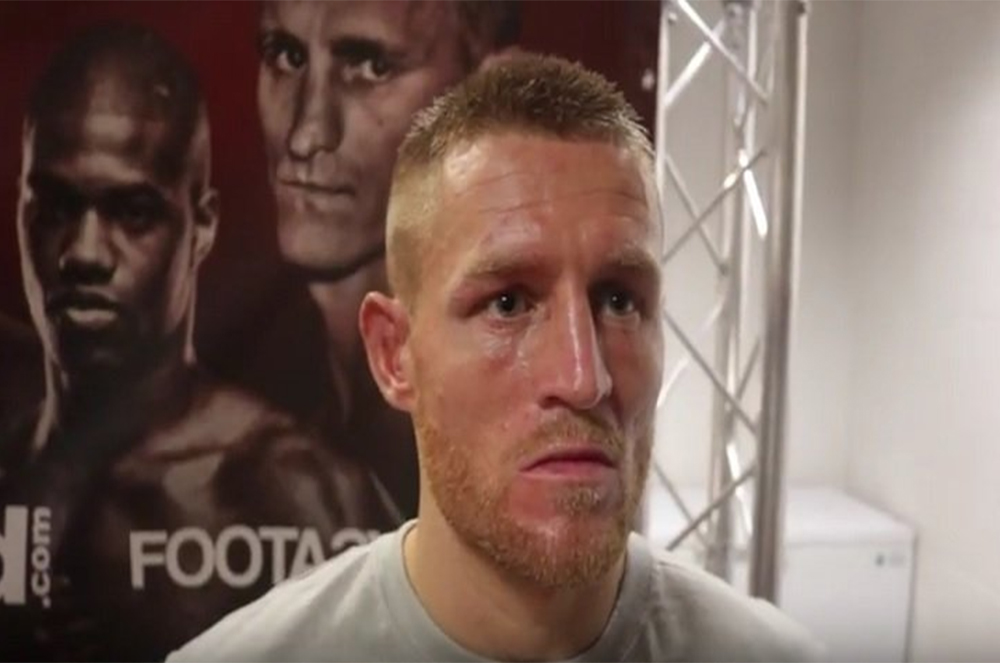 The two fighters were supposed to be facing each other on the Billy Joe Saunders vs. Willie Monroe Jr. card at the Copper Box Arena in London, England. Unfortunately, the injury to the 28-year-old Flanagan will make it necessary for him to postpone the fight against the hard hitting Verdejo. The Saunders-Monroe Jr. card is taking a big hit in losing that fight, as it would have been a great fight. Heck, it’s a better fight than the main event in my opinion.

“They’re claiming that Flanagan has a leg injury. Frank sent an email to Bob (on Monday) morning,” Verdejo’s promoter Carl Moretti of Top Rank said to ESPN.com. “He said that Flanagan sustained a leg injury and that they will get back to us shortly on rescheduling the fight.”

Moretti wants to receive more medical information on the extent of the injury. It would definitely be good to know how bad the injury is. If Flanagan is going to be hobbled for a long period of time, then Verdejo needs to keep his options open. Flanagan was doing really well in defending his title over and over again without suffering injury problems. He’s successfully defended his World Boxing Organization title five times already, beating Petr Petrov, Orlando Cruz, Derry Mathews, Mzonka Fana and Diego Magdaleno. Just when Flanagan is about to face his first real test as the WBO champion, he comes down with an injury. I’m just wondering if Flanagan overdid it in training knowing that he’s got a dangerous opponent in front of him in Verdejo. Did the pressure get to Flanagan? I’m just saying.

Hopefully, Verdejo doesn’t have to wait too long before he gets his crack at Flanagan’s WBO title. You’d hate to have to see Verdejo wait much longer for his title shot. He’s been the mandatory for Flanagan for ages now. They need to fight already so that the boxing public can find out which of the two is the better guy. Verdejo is seen as a future star in the lightweight division. He was involved in a recent motorcycle accident that kept him from getting a title shot. Now that he’s finally ready to fight for the WBO title, Flanagan gets injured training. Talk about your bad luck.

Verdejo might be better off targeting one of the other champions, because I think it would be more interesting seeing what he can do against WBC champion Mikey Garcia or IBF belt holder Robert Easter Jr. Those two are the real talents in the 135 lb. division. Flanagan is a decent champion, but I don’t see him as being even remotely as good as Garcia and Easter Jr. Those two are a cut above in my estimation. Hopefully, Flanagan doesn’t get hurt again after his leg injury heals. If this becomes a chronic thing with Flanagan, then Verdejo needs to move on in another direction.