Keith Thurman: I’ll be back by end of year
Boxing 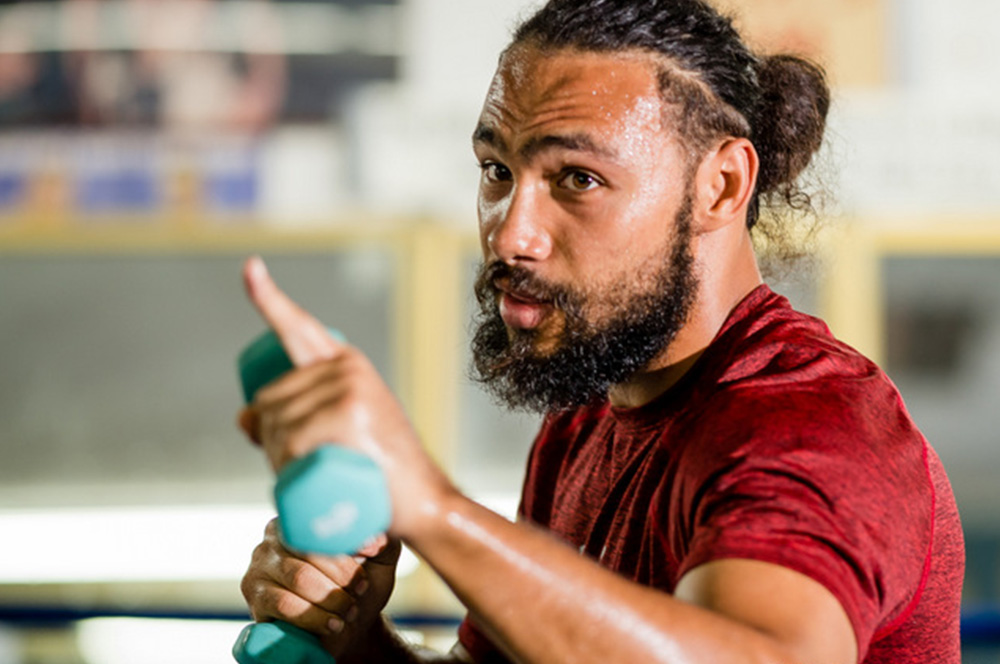 Keith “One Time” Thurman (28-0, 22 KOs) sent a message to all of his followers on social media on Friday to let them know about his recent right elbow surgery. WBA/WBC welterweight champion Thurman, 28, says he plans on returning to the ring by the end of the year. In his last fight, Thurman narrowly beat WBC 147 pound champion Danny Garcia by a 12 round split decision on March 4 at the Barclays Center in Brooklyn, New York.

Thurman built up a lead in the first half of the fight, but then he chose to coast in the last 6 rounds, doing very little and not taking any chances whatsoever. Some boxing fans thought that Thurman ran out of gas because of the way that he’s been putting on a lot of weight in between fights. Thurman looks very heavy when he’s not fighting, and it could be that he’s outgrown the 147 pound division. Thurman’s days of being a welterweight could be numbered.

”TO MY FANS: I’m going to be out a little bit as I recover from recent elbow surgery—but your boy plans to be back by the end of the year,” said Thurman on his Twitter.

I wouldn’t hold my breath if I was Danny Garcia hoping to get a rematch with Thurman in 2017. I see that fight happening in early 2018. Honestly, I cannot see Thurman getting back into the ring this year.

The real question is did Thurman back off from Danny Garcia because of his elbow injury or was it case of him casing out like some boxing fans think? Like I said, there’s also a possibility that Thurman was just lazy or scared and he didn’t want to take chances against an inspired Garcia, who looked like he meant business in the last half of their fight. Garcia realized that he hadn’t fought well in the first half of the fight.

That could be one of the reasons why Garcia came on strong in the second half. Thurman doesn’t seem to like when he’s attacked hard by his opposition. We saw how Thurman ran around the ring to avoid Shawn Porter in their fight last year. Porter didn’t have the punching power that Garcia had. Thurman seemed to lose his desire to trade with Garcia after getting slipped by a big right hand at the midpoint of the fight.

Thurman has put on a great deal of weight since the Garcia fight. The weight is going to have to come off, but he might not be able to fight hard for a full 12 rounds in a rematch with Garcia. Thurman is going to need to really hit a fat farm to lose all that weight because he looks like he’s in the 185 to 190 region right now. When you have to lose that kind of weight, it does something to a fighter’s stamina. If Thurman is forced to move up to 154 in the near future, he could have problems dealing with guys like Jermell Charlo and Erislandy Lara.

”We demand a lot from our bodies and ourselves,” said Thurman in a statement. ”It has repercussions. Cars break down. We get them fixed and put them back on the road. We’re looking forward to getting back into the ring and giving you another fight before the year is out.”

It’s interesting how Thurman compares himself to a car. He might be as big as a car right now, but he definitely isn’t a car.

The winner of next Saturday’s fight between Kell Brook and Errol Spence Jr. will be gunning for Thurman. Spence has already said that he wants that fight with Thurman, and he believes it’ll be an easy fight to be made. I don’t know if it will be or not. Thurman has not seemed to be in a hurry to take the fight with Spence in the past. Thurman’s argument for not fighting Spence was he didn’t have enough experience.

Well, if Spence beats Brook on May 27, then that will take that excuse from Thurman off the table. Thurman would have to fight Spence at that point, because he would be the new IBF welterweight champion. If Thurman wants another belt at 147, he’ll take the fight. With the way that Thurman is blowing up between fights, he needs to fight the winner of the Brook-Spence fight before he eats his way out of the welterweight division. The boxing fans want to see that fight, and I don’t think Thurman has too much time left in the 147 pound division at this rate.

Yeah, Thurman can probably starve and/or melt his way down to 147 for the next 5 years, but I don’t think he’ll be strong at the weight. I see Thurman ending up like Billy Joe Saunders is now with him being pretty much just a 6-round fighter due to all the weight that he has to take off to make the 160 pound limit. Fighters that take off a lot of weight during training camps, they end up only being effective for 5 to 6 rounds in their fights. After that, they tend to gas out. I think we saw that with Thurman in his recent fight against Danny Garcia. Thurman looked great for 6 rounds, but he was not so great in the last 6 rounds. I think the culprit was the weight that Thurman had to take off to get down to 147. He’s putting on too much weight in between fights, and it’s starting to catch up to him.

“One thing for sure, the doctor doesn’t want me to rush back into action,” said Thurman. “You can’t jump back into the race too soon. It might start to feel good after a month or two, but you don’t want to rush it.

In the big scheme of things, I don’t think it matters that Thurman isn’t going to be able to fight in the next 4 months. I don’t think Thurman had any intention of being back inside the ring anytime soon. I mean, look at Thurman’s recent track record. Thurman fought only 1 time in 2016 in his close win over Shawn Porter. I think we might see the same thing from Thurman in 2017 with him fighting just once, and using his elbow surgery as an excuse not to come back until 2018. As big as Thurman is, he might need a lot of time to burn all that weight off. If Thurman goes into a training camp right now, I think he would be weakened in making the 147-pound limit because he looks like he’s at least 30-40 pounds over the 147 limit right now. That weight isn’t going to fly off of Thurman, He’s going to need to burn it off slowly if he’s smart.

Thurman’s fights seem like they’re getting harder and harder for him. Two years ago, Thurman was almost dropped by Luis Collazo. Thurman came on to get the 7th round knockout, but it was not an easy fight. Since then, Thurman has struggled to beat Shawn Porter and Danny Garcia. Heck, Thurman didn’t even look good in his fights against Leonard Bundu and Robert Guerrero back in 2014. Those were not easy fights for Thurman. What does this mean? It means that Thurman isn’t as good a fighter as many boxing fans think he is.