Liam Walsh: I have a better boxing IQ than Gervonta Davis

Liam Walsh: I have a better boxing IQ than Gervonta Davis

Liam Walsh: I have a better boxing IQ than Gervonta Davis
Boxing 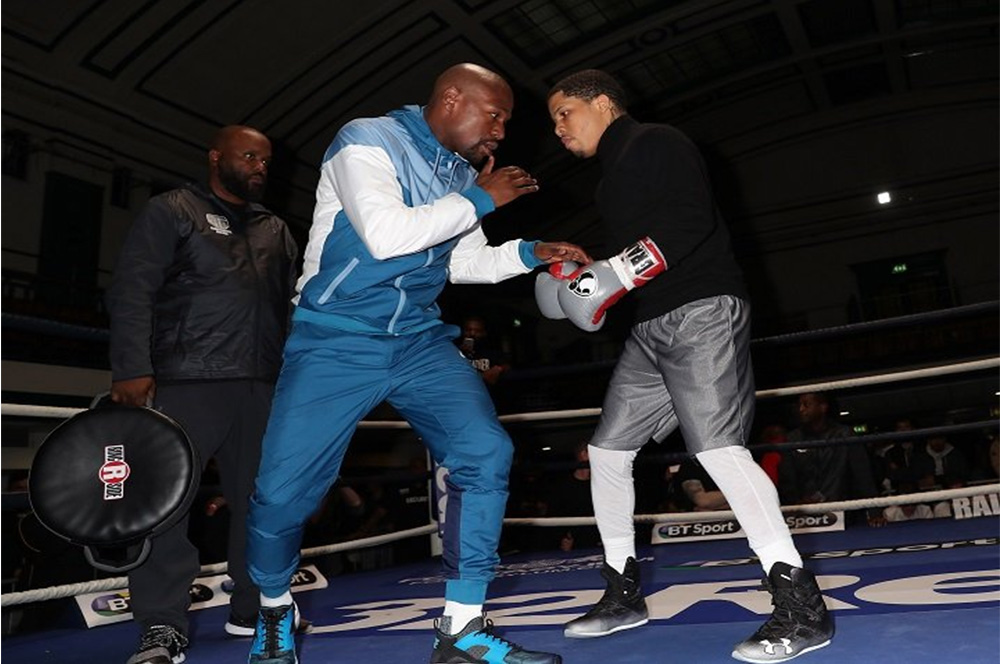 #1 IBF mandatory challenger Liam Walsh (21-0, 14 KOs) will be challenging for the title this Saturday night against the younger, stronger and faster IBF World super featherweight champion Gervonta Davis (17-0, 16 KOs) at the Copper Box Arena in London, England. Walsh, 30, has the deck stacked against him in terms of the talent in this fight against the 22-year-old Davis. What Walsh does have going for him is the home country advantage with the fight taking place in the UK.

Whether that will be enough for Walsh to win the fight is unlikely. Walsh is pretty much in the same boat as Davis’ last opponent Jose Pedraza was in with him fighting a guy with better boxing skills and punching power than himself. Pedraza didn’t last long against Davis in getting blasted out in just 7 rounds.

Pedraza is a good fighter that would very likely beat Walsh if the two of them were to face each other. That just tells you what kind of talent that Davis has. He’s clearly the guy with the superior raw skills than Walsh. That doesn’t mean that Davis will win the fight though. If the Davis vs. Walsh fight goes to the scorecards, we could see Davis going down to defeat. Davis is the visiting fighter, and you’ve got to imagine that the British boxing crowd will be cheering like crazy in favor of Walsh from the 1st round.

Davis could gain energy from the British crowd on Saturday that could world in his favor. Fighting in the U.S is a much different thing than fighting in front of the loud crowds in the UK, who are very supportive of their fighters. Davis was at his best in the Pedraza fight when the crowds started to cheer the action. Before that, Davis was seemingly fighting below his optimum level. We saw how all that changed when Davis turned up the head on Pedraza suddenly in round 7 and knocked him down.

Davis was a much different fighter once the crowd started to cheer. I think there’s a very high chance that the pro-Walsh crowd could hurt his chances to win the fight by them getting Davis excited and motivated enough to want to knockout Walsh straightaway in the first two or three rounds. This is Davis’ first title defense of his International Boxing Federation World super featherweight title that he won last January over Pedraza.

Walsh has found success in the past at lower levels in winning the British and Commonwealth super featherweight titles. Walsh is successful at the domestic level, but he’s going to find out on Saturday night that there is a HUGE difference when fighting guys at the world level. Walsh hasn’t been doing that up to this point. The best guys that Walsh has faced are these guys: Andre Klimov, Joe Murray, Scott Harrison, Gary Sykes, Paul Appleby, Jon Kays, Domenico Urbano and Maxwell Awuku.

Walsh hasn’t done nearly enough to be rated No.1 by the IBF. The ranking that the IBF gave Walsh reminds me a lot of the inflated ranking that we saw the IBF give Jo Jo Dan and Kevin Bizier at welterweight. The IBF is doing Walsh no favors by giving him a ranking that he’s not talented enough to handle. Walsh is being put in a position that he doesn’t have the qualifications for in my view. This fight is a sink or swim mode for Walsh. In other words, baptism by fire for the 30-year-old Walsh, and it’s not good news that he’s being thrown to the sharks without him having any experience at the world level to prepare for Davis.

I don’t think for a second Davis is the best fighter in the super featherweight division, but he’s definitely a top 10 guy. But I see Walsh as a bottom 25 fighter. I don’t see Walsh as a top 15 fighter. There are so many better fighters in the super featherweight division than Walsh. I think he’s someone that doesn’t rate the ranking that he’s been given by the IBF. Instead of the IBF giving Walsh a high ranking based on wins over less than stellar opposition, they should have waited until Walsh proved himself worthy of a high No.1 ranking by him beating someone good like Orlando Salido or Javier Fortuna.

“He is getting a lot of media because Mayweather says he is the future of boxing,” said Walsh about Davis. “Some people just think it’s true and just at follow along instead of having their own thoughts and believe everything they’re told.”

Mayweather is Davis’ promoter, so you can’t blame him for building the guy up. I don’t see Davis as the future of boxing. He’s a good fighter, but I don’t think he’ll ever be the best fighter at super featherweight or whatever division he ends up at when he does move up in weight as he gets older. But I don’t think it matters if Davis is the best thing since sliced bread or not. He just needs to be better than Walsh on Saturday, and I expect him to be a lot better than him.

“I feel like I’ve been in tougher fights than him,” said Walsh to ESPN.com. ”I feel like I’ve been in longer fights. I think I have a better boxing IQ than him. He’s very powerful, very physical and very fast, but we haven’t seen him in a long fight or a dog fight or a grueling fight though. I will certainly ask all these questions. I’ll do it any which way that it has to go. I’m more than confident I’ll get the job done.”

It doesn’t matter than Davis hasn’t been in a lot of tough fights during his short 4-year pro career. Davis’ recent win over Jose Pedraza was a victory over a fighter that is better than anyone that Walsh has faced in his pro career. The fact that Davis won the fight so easily shows what kind of talent that he is. Davis doesn’t need to have a ton of fights over high quality opposition in order for him to beat the likes of Walsh.

Gervonta Davis needs to make sure that he shines in this fight against Walsh.

This is an opportunity for Davis to show that he is the next big thing in boxing like his promoter Mayweather thinks he is. If Davis can obliterate Walsh in the same way he did Pedraza, it would be a nice scalp to add to his growing collection of scalps. Walsh needs to try and make Davis struggle to get his win and make it as close as possible. I don’t think it’s possible for Walsh to win the fight due to his lack of talent, but he does have a chance to make it tough for Davis. That in itself could be a moral victory for Walsh.