FANS EXPECTING PACQUIAO TO KNOCK OUT HORN WILL BE DISAPPOINTED

FANS EXPECTING PACQUIAO TO KNOCK OUT HORN WILL BE DISAPPOINTED

FANS EXPECTING PACQUIAO TO KNOCK OUT HORN WILL BE DISAPPOINTED
Boxing 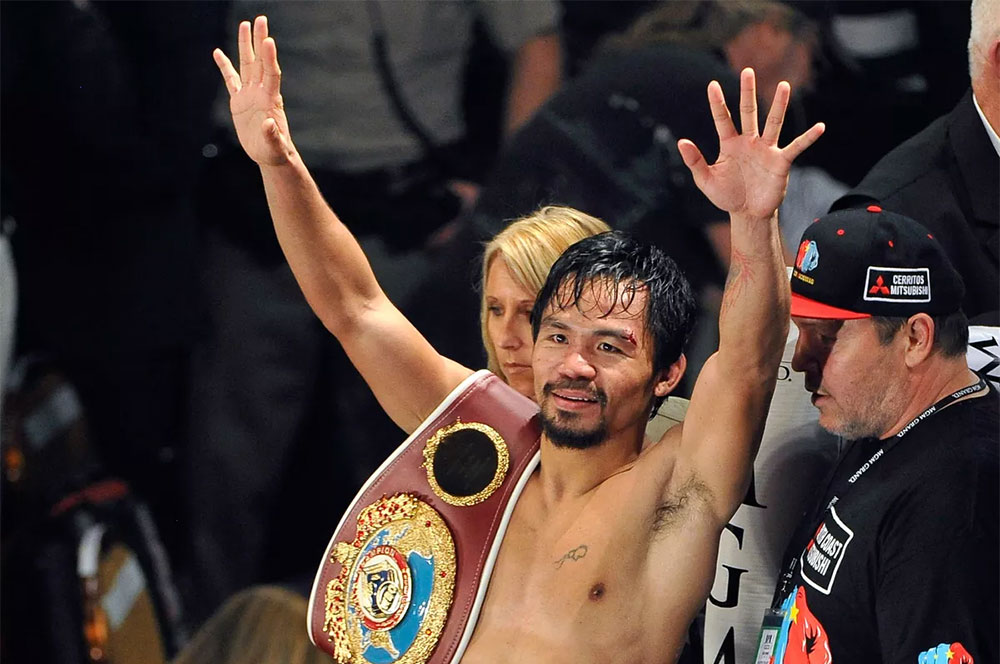 Make no mistake about it: Manny Pacquiao will defeat Australian challenger Jeff Horn at his own backyard in their WBO championship match on July 2. The former schoolteacher from down under has absolutely no advantage against the eight-division champion, save his height and youth, which do not pose any threat to the Pacman even at this late stage in his career.

Pacquiao is an all-time great who remains at the top of the welterweight rankings while Horn is an untested prospect who has never vied for a world championship belt. Unless he connects with a highly improbable knockout punch against the vastly experienced Pacquiao during their 12-round bout at Brisbane, Australia, Horn’s chances of winning are slim to none.

With the outcome almost guaranteed, the question people now ask is: can the fighting senator from the Philippines finally score a knockout that has eluded him since 2009? Most boxing pundits believe so. In fact, that’s probably the only reason fans will tune in to a mismatch no one outside of Australia actually wanted. People like knockouts. And with the odds coming out at 8-1, several notable writers have predicted that the Pacman will actually get it this time around. But contrary to popular opinion, a sure-win for Pacquiao doesn’t automatically translate to a knockout. There are actually more reasons to believe the bout will still go the distance.

If we analyze Manny’s fights since entering the 147-pound division, we can glean four reasons why his match with Jeff Horn will reach the final bell.

First, Pacquiao was never a knockout puncher at welterweight. His first two victories at the weight against an aging Oscar De La Hoya and Miguel Cotto were so dominant that it misled people into thinking that Manny carried his vaunted power from the lighter weights. But looking closely, De La Hoya was never knocked down and Cotto, in reality, most likely would have survived the last 2 minutes of the fight had Referee Kenny Bayless allowed the one-sided affair to continue. That was the last time Manny closed the show. Definitely, Pacquiao has knockDOWN power as seen in his fights with Cotto, Shane Mosley, Juan Manuel Marquez, Chris Algieri, Timothy Bradley and Jessie Vargas. But that’s not genuine knockout power. Trainer Freddie Roach once described Manny’s punch as TKO power, not knockout power.  In other words, once he knocks his opponent down, Pacquiao still needs to finish him off with a barrage of punches to gain a TKO.

But even that technical knockout has become elusive of late because of the succeeding reasons, starting with the second: Pacquiao doesn’t know how to cut off the ring effectively. As great a fighter as Manny is, this flaw in his game allows his opponents to survive his onslaught. By employing the “running game” or boxing, they are able to escape the full brunt of Manny’s punches and survive the bout because he can’t catch them cleanly. It’s difficult to hurt or finish off an opponent you can’t hit flush. This is most evident in the Algieri match where, despite being dropped six times, the American boxer was able to finish the fight using this tactic. And since everyone knows this chink in his armor, Horn can also “run” to survive, assuming he’s losing.

Third, Manny is already 38 years old. Age is one opponent all fighters cannot defeat. An aging boxer loses speed, stamina and yes, power. And after doing this for over 20 years and fighting almost 70 times, the wear and tear has definitely affected Pacquiao’s capabilities. While he continues to be an elite fighter, it is evident he is no longer the fireball he once was. This will help Jeff Horn reach the final bell.

Fourth, and probably the most significant, Pacquiao has become overly cautious since being knocked out by Juan Manuel Marquez in 2012. He hasn’t been as fearless and aggressive as he used to be after that night. Marquez once boasted that the knockout he delivered changed Pacquiao’s style, implying he made his rival fearful, more human. Pacfans will deny this for sure, but there is a grain of truth in Marquez’s remarks. The Brandon Rios and Vargas contests, along with the two rematches against Bradley showed Manny not pushing aggressively enough even when he hurt his opponent. He seemed overly concerned about getting counterpunched. Before that fateful fight with Marquez, Pacquiao would not stop punching whenever he saw blood. He would put himself in a risky position, sometimes punching recklessly, just to finish off his foe. He would often invite his enemies to punch back so that it would give him an opening to cause great damage. Even when his opponents hurt him because of his aggressiveness, Manny would just bang his gloves and continue to push forward. Something changed after the fourth Marquez fight. And you can bet it had something to do with being put to sleep. There is no shame in becoming more cautious. It has, in fact, made him a better technician. But it has also diminished his ability to finish off his opponent.

So on the second of July, you can count on Manny Pacquiao to be victorious against Jeff “green” Horn. Just don’t expect a knockout or you’ll find yourself in a world of disappointment.