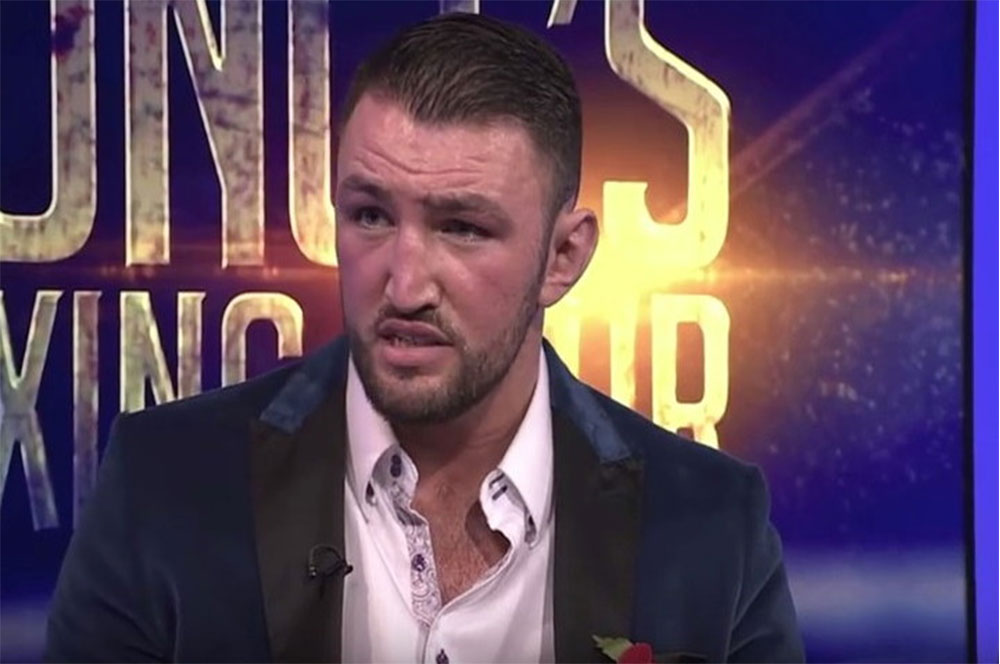 #2 WBO Hughie Fury (20-0, 10 KOs) has signed the contract for his title fight against WBO heavyweight champion Joseph Parker (22-0, 18 KOs). Hughie’s trainer/father Peter Fury ha confirmed that the contract has been signed for the Parker fight. The deadline for Hughie to sign the contract was at 12 p.m. on Friday, according to WBO president Paco Valcarcel.

If Hughie hadn’t signed the contract for the fight by that time, Parker would have been allowed to take a voluntary defense. Hughie would have missed his chance for the title shot. That wouldn’t have been good for Hughie. He did not look solid in his last fight against Fred Kassi.

There were some boxing fans who were concerned that the 22-year-old Fury wouldn’t ink the contact. I don’t know why he wouldn’t. It’s not as if he had a better chance against anyone else as far as him fighting for a world title.

The 6’6” Hughie is really got a lot of work cut out for him to try and get ready to face Parker. The fight will likely be taking place in New Zealand. The venue for the Parker-Hughie fight hasn’t been officially announced as of yet, but it’s expected to be in Auckland, New Zealand. What that means for Hughie is that he’s going to be fighting in front of Parker’s boxing fans.

If Hughie is going to win the fight, he might need to knockout Parker. Andy Ruiz Jr. fought well enough to beat Parker last December in their fight in New Zealand, but he found himself on the receiving end up a questionable decision. I could see the same thing happening with Hughie. However, in Hughie’s case, he doesn’t have the hand speed, work rate or the punching power to do what Ruiz Jr. did against Parker.

Hughie’s offensive skills and experience is very limited. Hughie has fought mostly lower level fodder opposition up until now, and he doesn’t possess the power to fight Parker on even terms. Hughie is more of a punch and grab type of heavyweight. Hughie likes to move around the ring constantly, wasting lots of energy in the process. When Hughie does throw a shot, he falls forward into a clinch. It’s a tough style to deal with because Hughie is always grabbing his opponents to keep them from throwing punches. I don’t think that style is going to go over well with the judges.

“Contract is now signed for Hughie Fury to face Joe Parker for the World Boxing Org World Heavyweight Championship! #andthenew,” said promoter Frank Warren on his Twitter in confirming that Hughie has inked the contract.

Hughie is probably going to be out there with few of his boxing fans at ringside to see him fight Parker on April 1. It’s a long ways for Hughie’s fans to travel to see him fight someone that will likely do a number on him.

Like Hughie, Parker doesn’t have much experience in terms of prior experience against top notch opposition. Parker’s best opponents thus far have been Carlos Takam, Ruiz Jr, and Alexander Dimitrenko. However, you can argue those guys are world’s better than Fred Kassi, the only notable opponent Hughie has faced as a pro.

Hughie could set himself up with a nice payday against WBC heavyweight champion Deontay Wilder if he beats Parker. There’s also the possibility that Hughie could face the winner of the Anthony Joshua vs. Wladimir Klitschko fight. That would be big money. It would be interesting if Hughie winds up making more money than his cousin Tyson Fury.