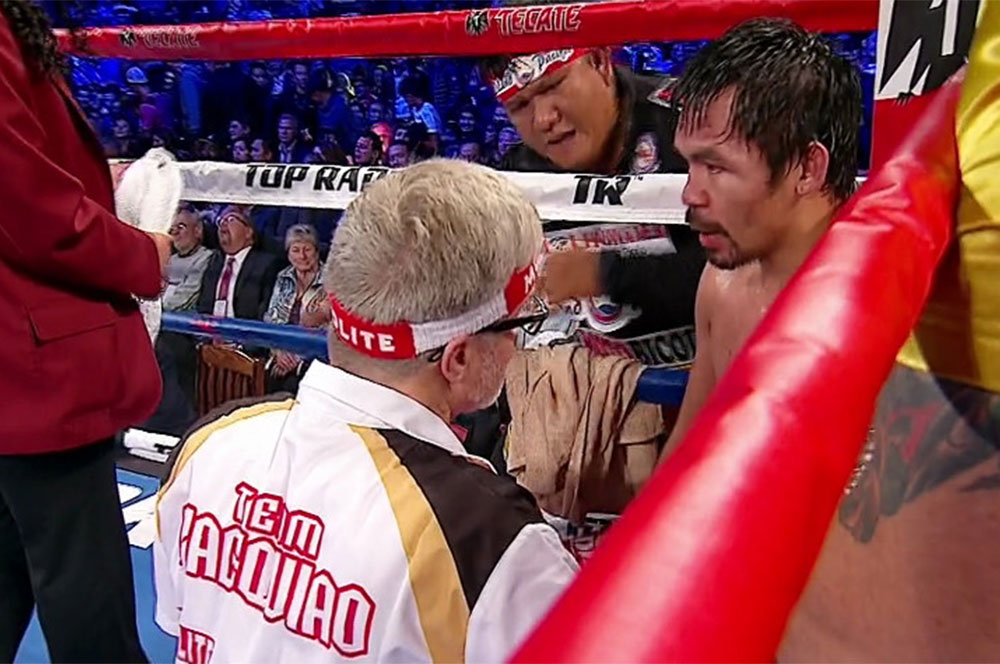 Manny Pacquiao’s promoter Bob Arum still hasn’t given up on matching him against Australian fighter Jeff Horn IF the fight against Amir Khan fails to materialize. Arum said that if the deal for Pacquiao to fight Khan in the UAE gets done this weekend, then the fight will take place on April 22.

Pacquiao is hoping the Khan fight will take place next. He’s received a big $38 million offer to fight in the United Arab Emirates, but it wouldn’t be against Horn. It would be against Khan. Many of Pacquiao’s boxing fans aren’t interested in seeing Pacquiao fight Jeff Horn, but Arum isn’t letting go of the idea of still making the fight between them. It’s unclear why Arum wouldn’t look for someone besides Horn for Pacquiao to fight if the match against Khan fails to take place.

The fact that Arum isn’t letting go of the Horn fight gives me the impression that he really wants that fight for some reason for Pacquiao.

“If the Khan fight doesn’t happen and we shift the date, he might end up fighting Horn in Australia,” said Arum to RingTV.com. “It’s all in a state of flux.”

I wonder if Arum doesn’t have any interest in trying to match Pacquiao against someone else besides Horn. What happens if Pacquiao tells Arum that he’s not interested in fighting Horn? If Pacquiao can reject Arum’s ideas for his opponents, then the promoter should move and find another opponent for Pacquiao to fight, preferably someone a lot more popular than Jeff Horn.

I don’t know if Pacquiao is going to agree to fight Arum’s choice of Horn. I think the 85-year-old promoter might want to go in another direction with some new ideas instead of holding onto the idea of Pacquiao fighting Horn.

Pacquiao looking in another direction than Horn tells me that he doesn’t want to fight Arum’s choice for him. The money might not be to Pacquiao’s liking. He just fought Tim Bradley and Jessie Vargas back to back, and those fights were not popular with the boxing fans. Pacquiao vs. Horn might not interest the fight fans in the U.S. I’m sure it’ll interest Horn’s Australian fans, but the rest of the world might want to see that fight.

The offer of $38 million for Pacquiao for a fight against Khan is a huge one. Hopefully it’s a legitimate one, because it’s just a much better fight Pacquiao than him facing little known Jeff Horn. A fight between Pacquiao and Horn would make sense if the Australian fighter was well-known, and if he had beaten some relevant fighters during his short career. He hasn’t through. Horn is just some guy that fought in the Olympics for Australia in 2012, and has been facing older fighters lately in Randall Bailey and Ali Funeka. Both of those fighters knocked Horn down. Instead of Arum having Pacquiao use up one of his last remaining fights against Horn, Arum should stick some of his other Top Rank stable fighters in with him so he could build up his name.

Arum could throw Tim Bradley, Jessie Vargas, and Terence Crawford in the ring with Horn. If the Australian fighter wins those fights, then a fight against Pacquiao might be something worth exploring. I don’t think Horn can beat any of those guys though.

“I guess if it gets done this weekend, it will be April 22,” Arum said about the Pacquiao vs. Khan fight “But if it doesn’t and then we have to go an alternate date then it might be June or July.”