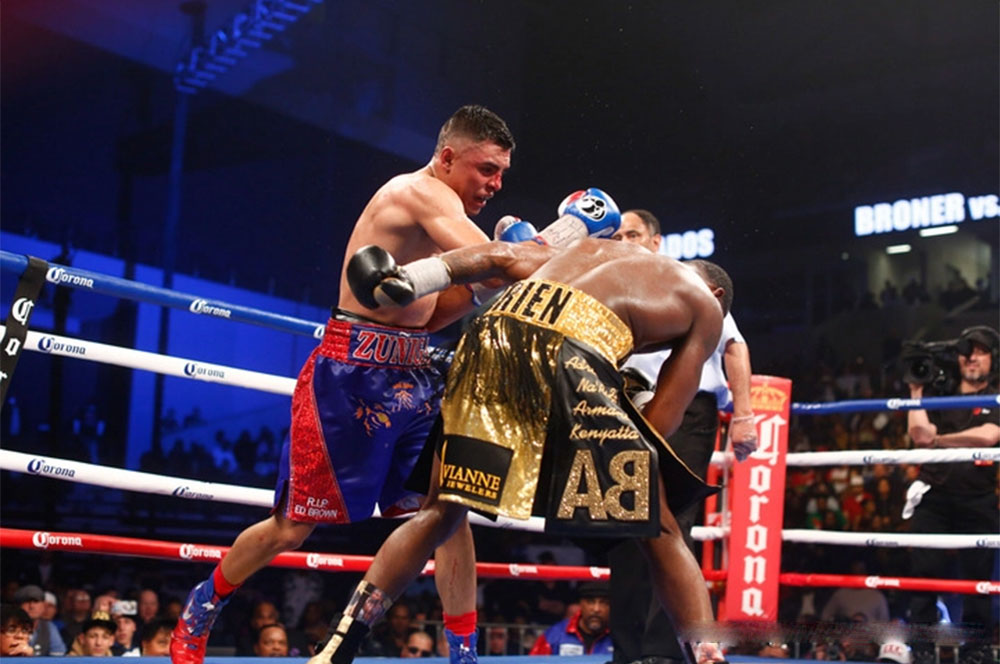 Last Saturday night, Adrien Broner proved that he can still bring in good ratings with him pulling in an average of 779,000 viewers with a peak of 850,000 viewers on Showtime Championship Boxing for his fight against Adrian “Tigre” Granados at the Cintas Center in Cincinnati, Ohio.

This is potentially good news for the career of the 27-year-old Broner, because it might increase his chances of getting a big fight. That’s something that Broner has never had in his 9-year pro career despite being a popular fighter himself.

Broner has never been able to get a huge money mega-fight against one of the stars. Unfortunately for Broner, the 147lb division is barren of big names right now. Manny Pacquiao is almost done with his career, and Floyd Mayweather Jr. already retired. There are no other huge names at 147 right now. The big names seem to be at middleweight with Saul Canelo Alvarez and Gennady Golovkin. Broner would be way out of his element if he were to fight Golovkin or Canelo, but he would get a big payday if nothing else.

The Broner-Granados fight had a peak of 859,000 viewers, according to Dan Rafael. The ratings were quite good, given that Broner wasn’t facing a huge name, and that the fight was viewed as a mismatch in the eyes of a lot of boxing fans.

Broner has had better days as a pro for sure, but those were fights that mostly took place earlier in his career. Broner only wins easy fights nowadays when he’s facing over-matched fringe contenders. When Broner faces good fighters, he tends to get beat. Unfortunately for Broner, it doesn’t look like he can melt down to go back to the super featherweight and lightweight divisions, which is the divisions he excelled in.

For Showtime boxing, the Broner vs. Granados fight was the best ratings for their network since January 2015, when Deontay Wilder defeated WBC heavyweight champion Bermane Stiverne. That was an exciting fight. It brought in bigger numbers than the Broner-Granados fight with an average of 1.24 million viewers with a high of 1.34M viewer, but it was a better fight with a lot more on the line than the Broner vs. Granados fight, which involved Broner fighting a fringe contender with no world title at stake.

This fight turned out to be a lot harder fight than Broner likely expected it to be. Granados fought Broner to a standstill.

Broner said after the fight that he was contacted by the promoter for Manny Pacquiao about a fight between them. Broner also said that he wants to fight the winner of the Danny Garcia vs. Keith Thurman fight.

Broner would be wise to try and get the biggest fight he can while he’s still on top of the sport. The way that Granados came close to beating Broner, it suggests that “The Problem” has seen better days. There are a lot of talented fighters in the 140 and 147lb divisions that would very likely beat Broner. He might want to try and cash out before he gets beaten by one of the smaller names.

It might also be a good idea for Broner to be selective who he faces before he does fight a big name. Granados showed that Broner does not have the talent to just roll over quality contenders like he previously did when was fighting at super featherweight and lightweight.