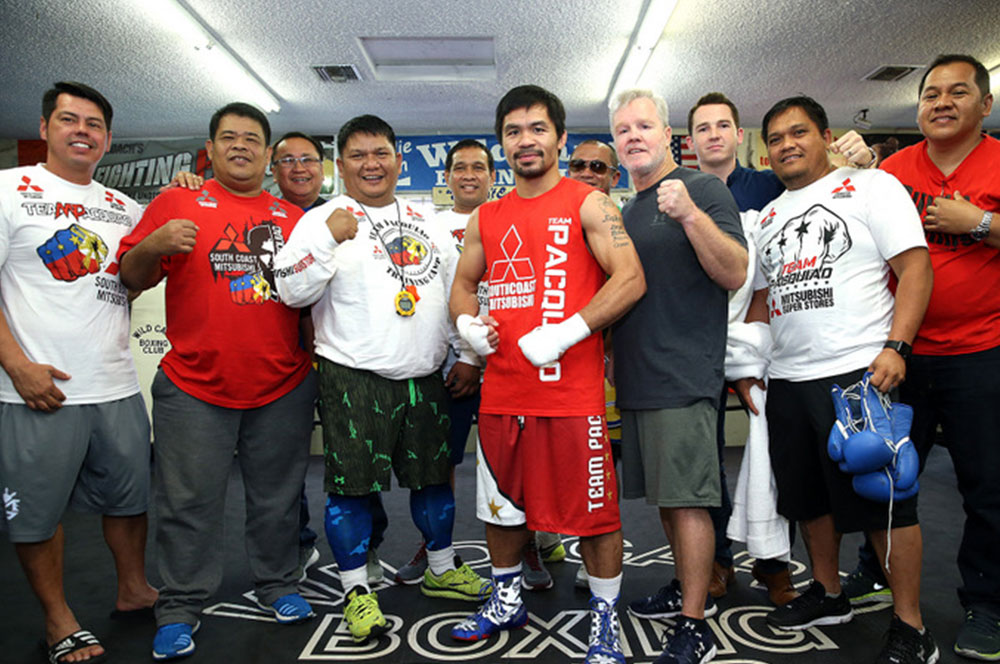 Manny Pacquiao is reportedly flying to the United Arab Emirates (UAE) to make a deal for a fight in that country on April 23 against an opponent still to be determined. Pacquiao was supposed to be fighting unbeaten Jeff Horn in Brisbane, Australia, but that fight may not happen.

It will be up to Pacquiao. His promoter Bob Arum is taking a low profile right now, so it’s unclear whether he’s still looking to make the fight against Horn or not. Pacquiao’s adviser Michael Koncz revealed the news a week ago the possibility of his next fight taking place in the UAE rather than in Brisbane.

It makes sense for Pacquiao to go where the money is, and to fight the guys that bring in money. According to Philboxing, Pacquiao’s purse for the Horn fight was going to be $5 million. If that figure is correct, it would be a huge drop off from the days when Pacquiao was commanding $20 million per fight. Pacquiao-Horn is not a fight that has drawn a lot of interest from the U.S hardcore boxing fans.

The fans want to see Pacquiao fight well-known fighters. Why Arum decided to start negotiating a fight between Pacquiao and Horn is unknown. Pacquiao already fought a little known fighter in Jessie Vargas in his last fight. If all he’s going to be doing is fighting obscure guys with no fan base, it’s not surprising that he’s seeing his purses drop.

From the outside, it doesn’t look like Pacquiao has a great deal of interest in fighting Jeff Horn. Pacquiao’s decision to create a poll last weekend asking the boxing fans to pick between four fighters was a clear sign that things were not looking good for the Horn fight.

When Amir Khan came in No.1 in the poll and Horn dead last at No.4 that kind of clinched the idea that we might not be seeing Pacquiao fight the Australian. That still doesn’t mean that Pacquiao will fight Khan. He’s not had much to say about the poll, and it’s unclear whether he would even take the fight if Pacquiao offered to him.

Khan supposedly wants to take a tune-up fight in April to test out his surgically repaired hand. We’re getting close to April, and Khan still doesn’t have an opponent picked out. Could he be interested in a fight against Pacquiao? Top Rank promoter Arum would need to work with Khan’s manager Al Haymon for a fight between the two to take place.

Khan wanted the fight with Pacquiao last year, but Arum went with a third fight with his Top Rank fighter Tim Bradley. This turned out to be a low selling fight with a reportedly 300,000 buys on HBO PPV. You can second guess Arum’s decision to go with Bradley instead of Khan and see it as a bad move.

As far as a Pacquiao-Khan fight goes, it might be better late than never. The boxing fans that voted on Pacquiao’s poll seem more interested in seeing him fight Khan than Jeff Horn and the other two fighters in the poll in Terence Crawford and Kell Brook.

Surprisingly, Horn still thinks he’s going to get the Pacquiao.

“I think Pacquiao is just trying to show everyone that he’s the boss and that no one can tell him what to do,” Horn told the Courier Mail. “I’m not rattled by what Pacquiao is saying,’’ said Horn.