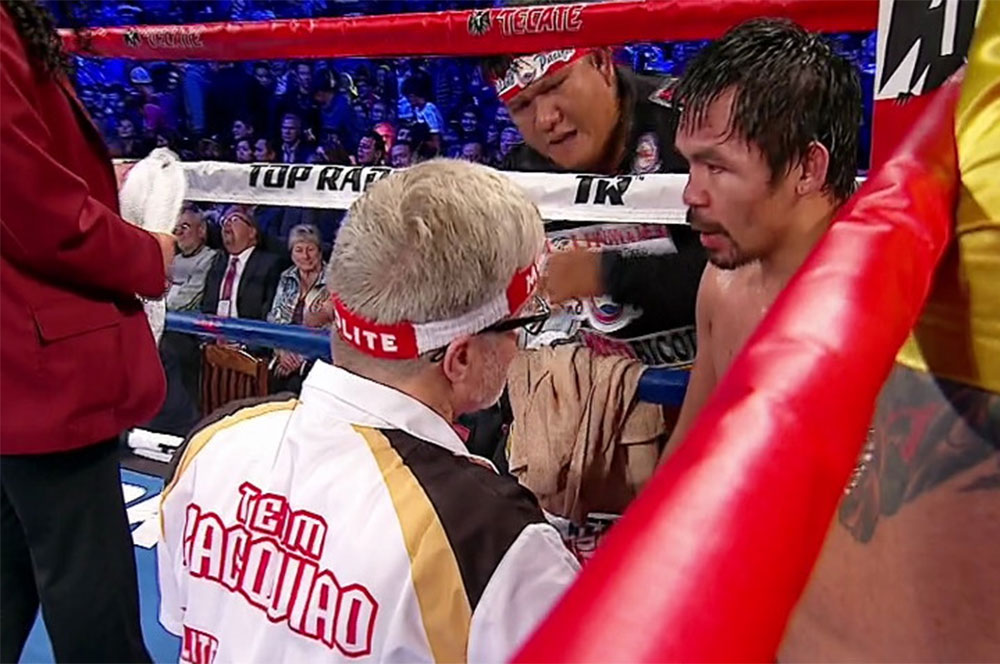 Top Rank promoter Bob Arum might want to think hard before he matches his No.1 money fighter Manny Pacquiao against the unbeaten Jeff Horn on April 23, because there’s a very good chance that he’ll lose that fight to the 28-year-old Australian. Horn (16-0-1, 11 KOs) is very confident that he’s got the power, skills and boxing ability to give the Filipino star loss No.7.

Pacquiao was matched well by Arum in his last two fights against Tim Bradley and Jessie Vargas. Neither of those two fighters had any punching power to speak of, so it was an easy win for Pacquiao.

It’s going to be a different story potentially when Pacquiao gets inside the ring with Horn. He’s like a mini-Saul “Canelo” Alvarez. The 2012 Olympian Horn is going to be a lot of trouble for Pacquiao. I don’t know if Arum realizes this. If Pacquiao loses the fight to Horn, Arum doesn’t have another fighter in his Top Rank stable that can slide into the position that Pacquiao has been occupying as a pay-per-view attraction. Horn won’t automatically become a PPV star if/when he beats Pacquiao. Horn will just be a younger fighter that beat an aging lion.

“I think I’ve got a similar style to his, I’ve got the speed, so I’m a good mover,” Horn said to philboxing.com. “It’s going to be harder for him to lay those hands on me because he’s fought a few guys that don’t move as well.”

Horn doesn’t fight like Pacquiao at all. He’s wrong there. Horn fights more like Canelo, and he’s built like him too. Like I said before, Horn is the 147lb division’s version of Canelo in my opinion. That doesn’t mean that Horn is the best fighter in the division or even the second best. Canelo isn’t the best at 154 or 160. He’s just a good fighter that would likely lose to Jermall Charlo, Demetrius Andrade, Julian Williams and Erislandy Lara.

I can’t include Gennady Golovkin’s name to that list, because he’s so easy to hit, and he was exposed in his last fight by Kell Brook. I do think Canelo would lose to all the best fighters at 154. Horn is at least the fourth or fifth best fighter in the welterweight division in my estimation. I rate Horn behind #1 Errol Spence, #2 Keith Thurman, #3 Shawn Porter and #4 Kell Brook. Horn is No.5 in the division. Horn would have a very good chance of beating Danny Garcia, Tim Bradley, Jessie Vargas and Pacquiao.

“I don’t want to say I’m to stop Pacquiao. But yes, I do think I will win. I’m very confident of that,” said Horn.

This is a risky move by Arum to put Pacquiao in with Horn, because it’s not going to be a big money fight. It’s also not going to turn Horn into a huge star in the U.S if he wins. Pacquiao is too old for Horn to be transformed into a star if he beats him. Horn is clearly not on the same level as the other top welterweights. It doesn’t matter if he beats Pacquiao. He still won’t be as good as some of the other fighters in the division. If Pacquiao gets knocked out by Horn, then it could be all over for Arum for a while as far him having a PPV guy. He might have to wait five to eight years for Shakur Stevenson to become a PPV attraction. That’s a long time to wait, but I think it’s going to take that long for Stevenson to pick up a lot of boxing fans to become a PPV star.