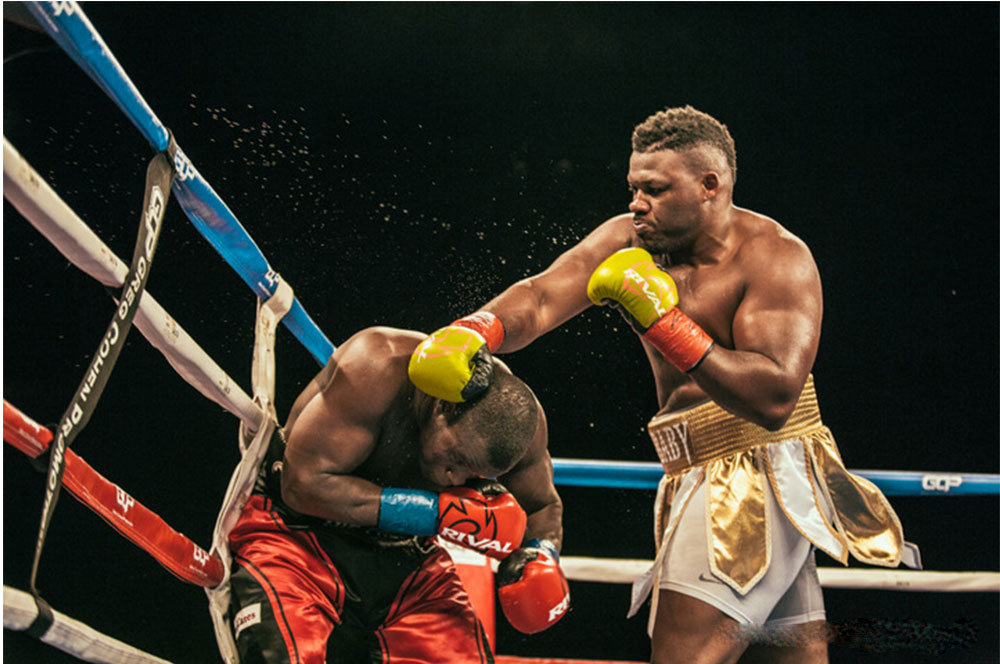 Eddie Hearn says he’d like to match his heavyweight Luis “King Kong” Ortiz (27-0, 23 KOs) against unbeaten American heavyweight Jarrell Miller (18-0, 16 KOs). Hearn says he’s going to speak with those fighters to see if they’d be interested in the fight. Hearn says he already spoke with Showtime Sports executive Stephen Espinoza about the fight, and he’s in favor of it.

It would be a sizable step up for the 38-year-old Cuban Ortiz, who has been fighting over-matched opposition lately in British domestic level fighter David Allen and Malik Scott. The 6’4” Miller has the size and the punching power to at least make a fight of it against Ortiz.

In Ortiz’s fight against Scott, he did not look good at all. He was plodding around the ring, unable to cut off the ring on the mobile Scott. In the rounds, Scott appeared to shake Ortiz up at one point with a right hand.

Ortiz looked a lot better in his last fight against David Allen last December in stopping him in the 7th round. It still wasn’t a great performance.

“I’d like to make Luis Ortiz against Jarrell Miller,” said Hearn to fighthype.com. “I think that’s a really good fight. He’ll be the mandatory for the winner of Klitschko vs. Joshua. I’d love to make that fight. I put it out there with Stephen Espinoza, and he said, ‘I love it.’ So maybe I’ll speak to the guys.”

Ortiz, 6’4”, might not want to take the fight though, because he’s got a guaranteed title shot against the winner of the April 29 fight between Joshua and Klitschko. Why would Ortiz want to take a risk facing a big puncher like Miller if he has the payday against the Joshua-Klitschko winner guaranteed?

Hearn doesn’t like the Manny Pacquiao vs. Jeff Horn fight. He doesn’t understand that fight. Hearn says that a better fight would be for Pacquiao to fight Kell Brook, who he promotes.

“It’s a strange fight,” said Hearn about the Manny Pacquiao vs. Jeff Horn fight. “I don’t think criticism is anything Manny Pacquiao is particularly bothered about. When you get criticized, you open up your bank book and look at how much is in there. Maybe that’s what Manny does. Pacquiao-Brook is a real fight. Horn is not really. It comes down to the site fee, and how much you’re willing to pay to get Pacquiao over. Someone said the other day, ‘It’s almost like the Harlem Globetrotters. You’re paying to see an act. So what Bob is doing is he’s rounding up all the people and saying how much do you want to pay to see the act. When you get the number, he’ll take the act over and perform for you. The problem is it’s Kell Brook and not Jeff Horn. We have the same problem with Miguel Cotto. Miguel Cotto-Kell Brook is a great fight. They’re not going to take a fight with Kell Brook. They didn’t want to fight him before Golovkin. They’re not going to want to fight him now. That’s the problem we face with Kell Brook. That’s why we had to take the Golovkin fight, because no one really wants to fight Kell Brook, especially at welterweight. People like Cotto, you’re talking him against James Kirkland. How many pay-per-views do you expect with Cotto vs. Kirkland? The problem is when you’re doing a lot of mediocre pay-per-views, that’s when it hurts the market. If you’re doing a lot of strong pay-per-views, then okay. They’re going to bring it,” said Hearn.