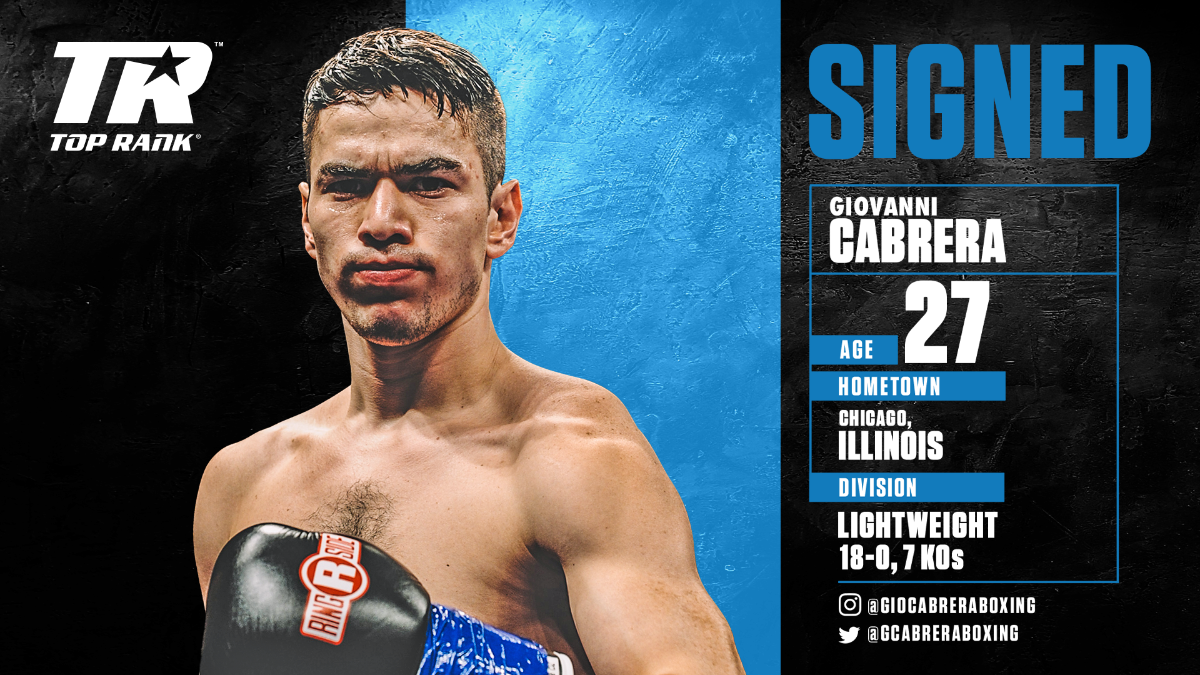 Cabrera (18-0, 7 KOs) will face Mexico’s Alejandro Frias (13-5-2, 6 KOs) in an eight-round bout that will stream live on ESPN+, ending a layoff of more than two years due to managerial and promotional issues.

Cabrera had a storied and unique amateur career, winning the Chicago Golden Gloves in 2013 before moving to Mexico, where his father was born. In 2015, he earned a bronze medal at the Mexican National Championships and nearly qualified for the 2016 Rio Olympics. Cabrera returned to the United States to begin his professional career, notching 18 wins from April 2016 to October 2019.

He has not fought since a split decision victory over Joshuah Hernandez, but he has spent the layoff sharpening his skills against the world’s elite. Cabrera has sparred Manny Pacquiao, Gary Russell Jr., Jose Zepeda and Ray Beltran, earning his stripes in the gym while awaiting his ring return. PR