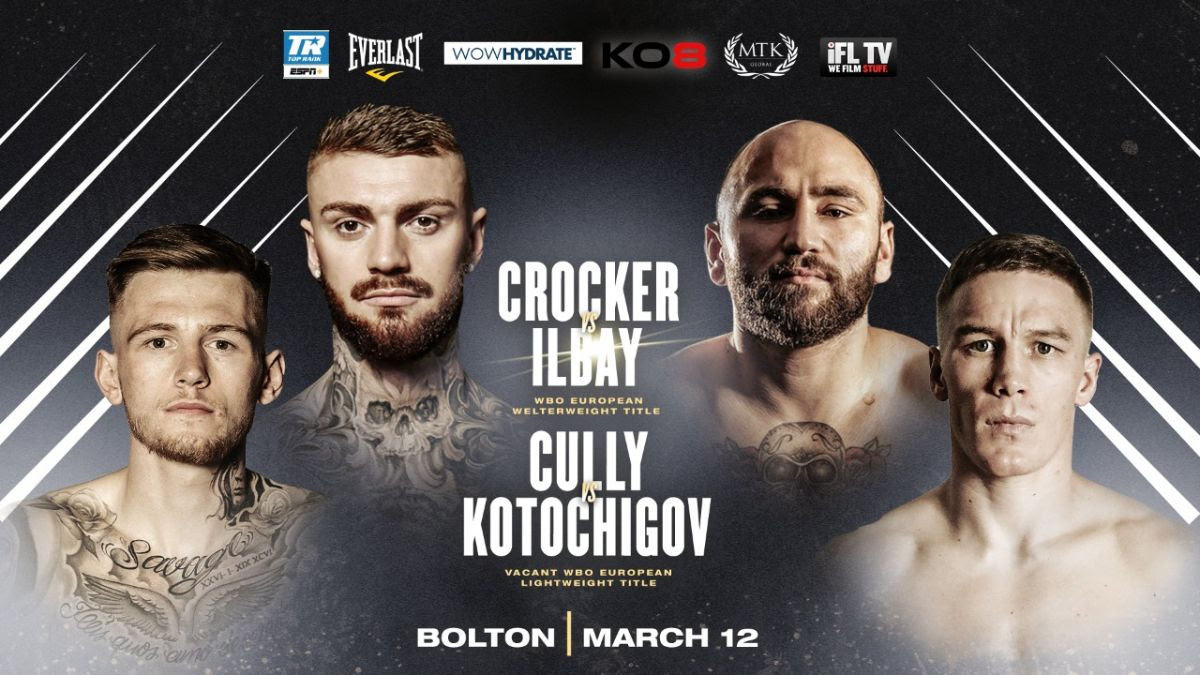 One of Europe’s top welterweights returns this Friday, March 12, as #MTKFightNight is back with Lewis “The Croc” Crocker making the first defense of his WBO European belt in a 10-rounder against German contender Deniz Ilbay at University of Bolton Stadium in Bolton, England.

In the co-feature, Irish fan-favorite Gary Cully will battle Kazakhstan’s Viktor Kotochigov in a 10-rounder for the vacant WBO European lightweight title.

Crocker-Ilbay, Cully-Kotochigov and undercard bouts will stream live and exclusively in the United States on ESPN+ starting at 2 p.m. ET/11 a.m. PT.

Crocker (12-0, 7 KOs) captured the WBO European belt last August with a dominating seventh-round stoppage over Louis Greene, a former British Southern Area champion. The Belfast native takes another step up against Ilbay (22-2, 10 KOs), who is 7-1 in his last eight bouts. He last fought in December 2019 and notched a first-round stoppage over Milos Janjanin.

In other streaming action:

In an eight-round welterweight tilt, Bolton native Sahir Iqbal (8-0, 1 KO) will fight an opponent to be named.

The ESPN+ stream is scheduled to begin with the pro debut of Carl Fail, who will clash with the unbeaten Jordan Dujon (4-0) in a six-rounder at junior middleweight.
About ESPN+
ESPN+ is the industry-leading sports streaming service that offers fans in the U.S. thousands of live sports events, original programming not available on ESPN’s linear TV or digital networks and exclusive editorial content from dozens of ESPN writers and reporters. Launched in April 2018, ESPN+ has grown to more than 12.1 million subscribers.