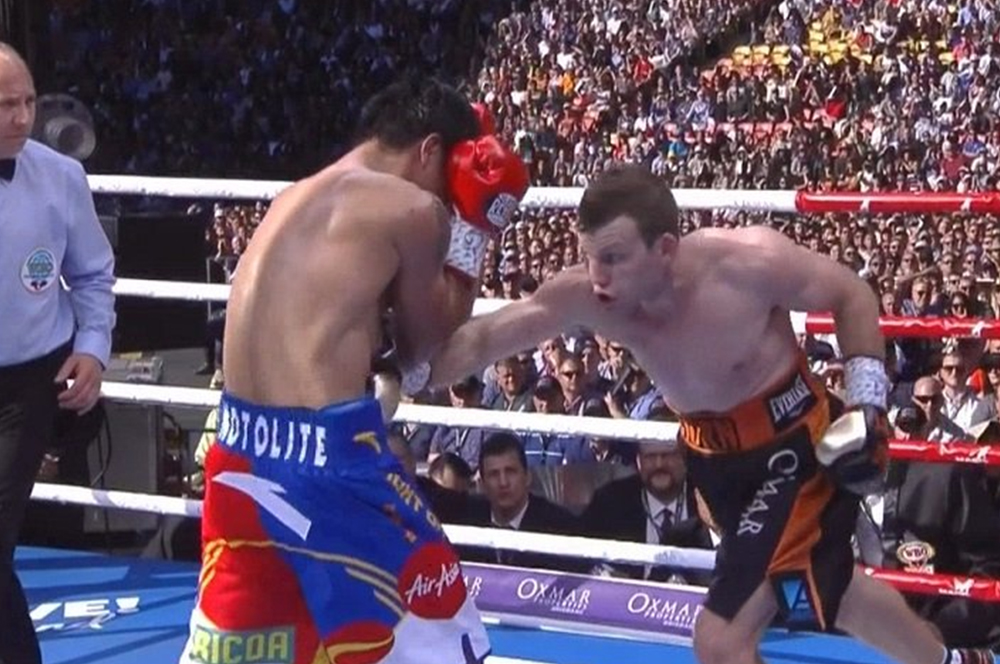 Eight division world champion Manny Pacquiao (Philippines) and current WBO Welterweight Title holder Jeff Horn (Australia) are set to iron out the details of their rematch which could happen in November or December 2017. As per CBSSports.com, veteran promoter Bob Arum has expressed that 38-year old Pacquiao is open to a rematch: “Manny doesn’t want to retire. He wants the rematch, so we are going to do the rematch.” 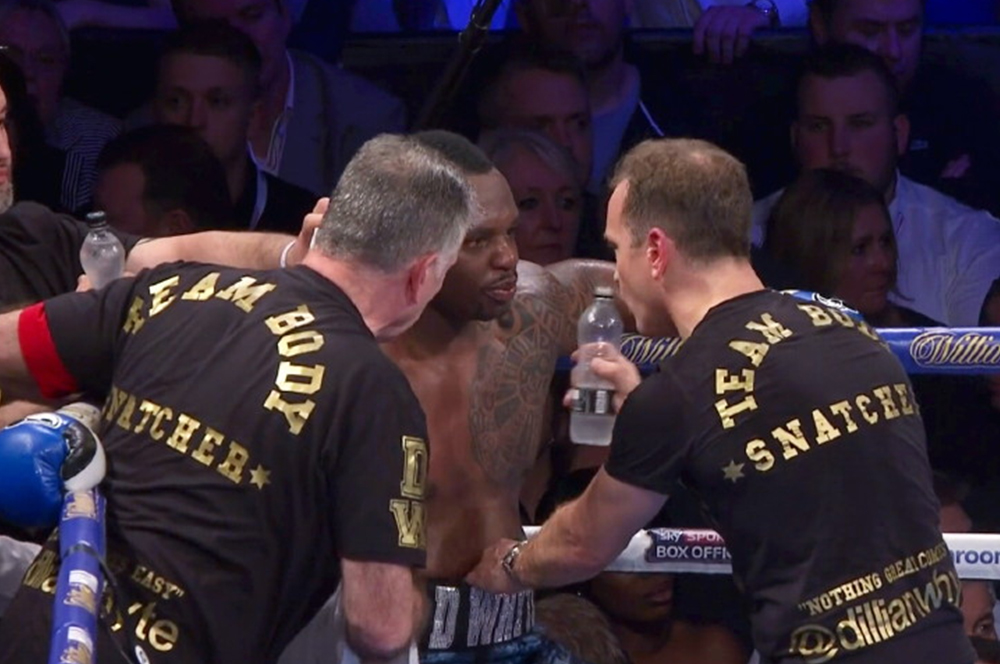 Promoter Eddie Hearn is looking to build up Dillian Whyte starting this Saturday in his fight with Malcolm Tann for an eventual big money rematch with IBF/WBA heavyweight champion Anthony Joshua. Whyte (20-1, 15 KOs) is only a handful of fights away from rematch with the unbeaten Joshua (19-0, 19 KOs) if he keeps winning. 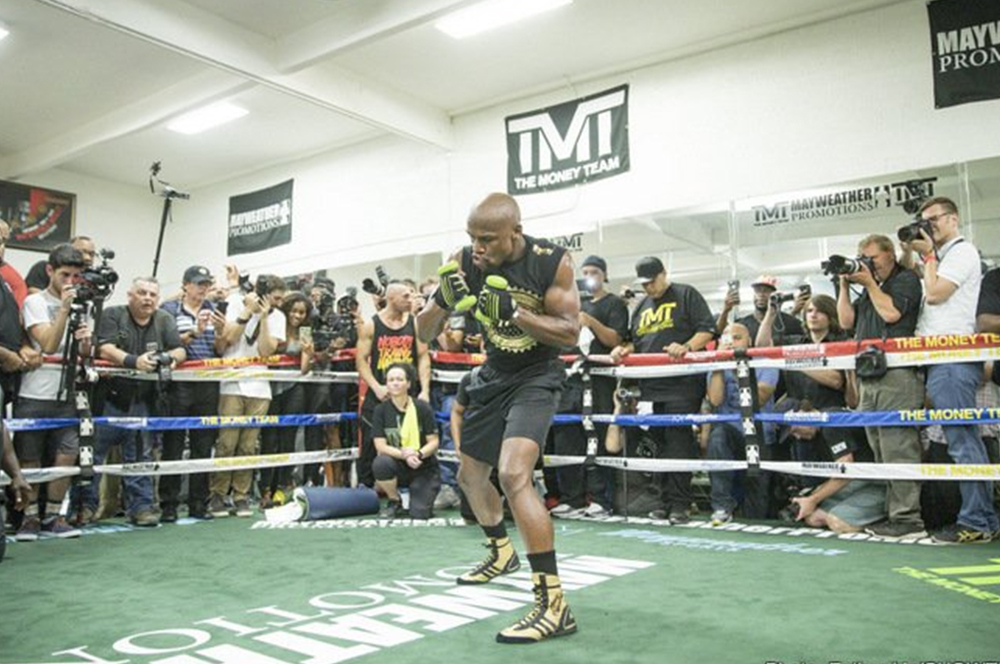 Floyd Mayweather Jr. appears to have someone in Conor McGregor’s camp that has given him the game plan for how he’ll be trying to beat him on August 26. Mayweather, 40, isn’t saying who gave him McGregor’s game plan, but it looks like he may have a spy in his camp.

It’s not as if Mayweather really needs the secret info on McGregor’s game plan. Aside from McGregor mugging Mayweather on the inside using an MMA attack plan, there’s not much he’s going to be able to do that he hasn’t seen before. 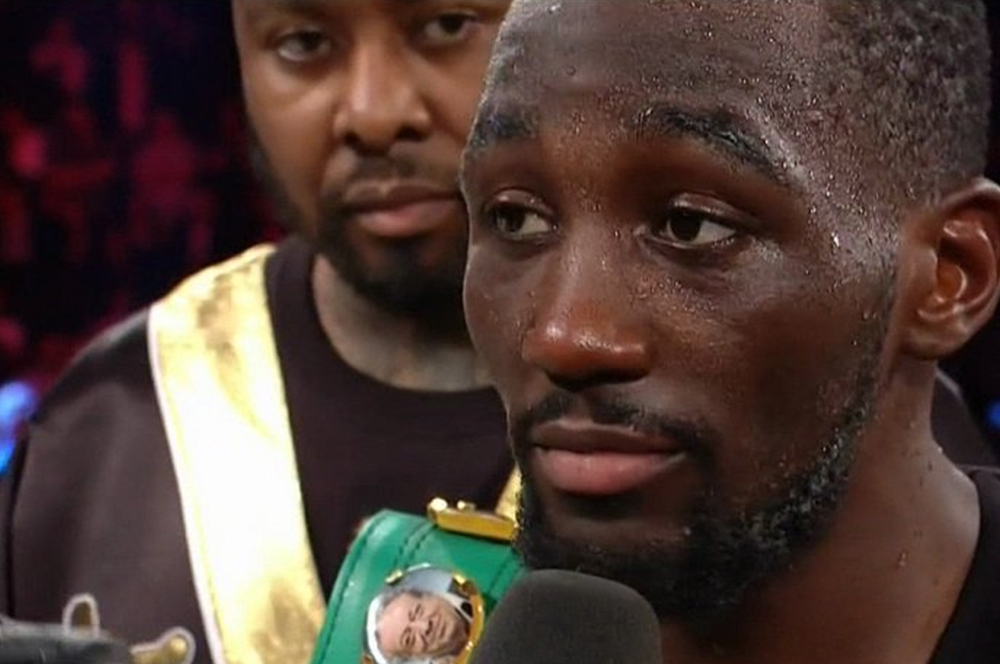 Unbeaten light welterweight champions Terence Crawford (31-0, 22 KOs) and Julius Indongo (22-0, 11 KOs) will be facing each other this Saturday night in August 19 in a unification clash on ESPN at the Pinnacle Bank Arena in Lincoln, Nebraska.

Conor McGregor does not view middleweight champion Gennady “GGG” Golovkin and Saul Canelo Alvarez as fighters that he sees at the top of the sport. McGregor is lot more impressed with the fighters in the lighter weight classes.

McGregor specifically likes super bantamweight champion Guillermo Rigondeaux and super featherweight belt holder Vasyl Lomachenko. McGregor wishes that they would face each other, as he wants to see who the better fighter is of the two. 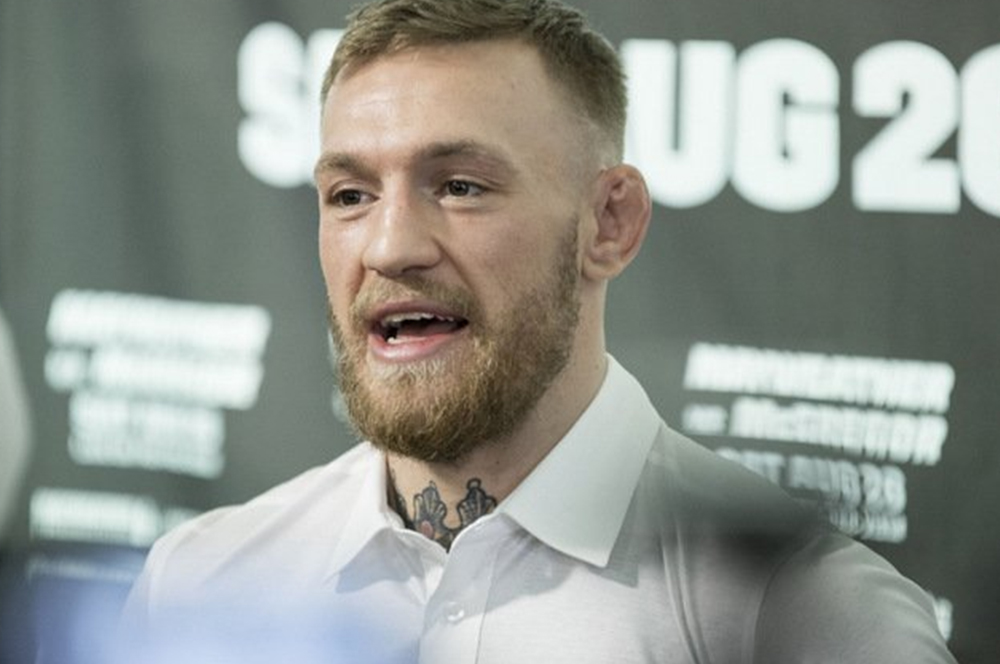 Conor McGregor says his former sparring partner Paulie Malignaggi bailed from his recent training camp because he was badly concussed during their second sparring session for the Floyd Mayweather Jr. fight.

McGregor says Malignaggi was too hurt for him to return for a 3rd sparring session, so he used the excuse of the leaked photos to run from the camp rather than sticking it out. According to McGregor, he was thrashing Malignaggi, battering him against the ropes and putting him on the canvas with a punch. 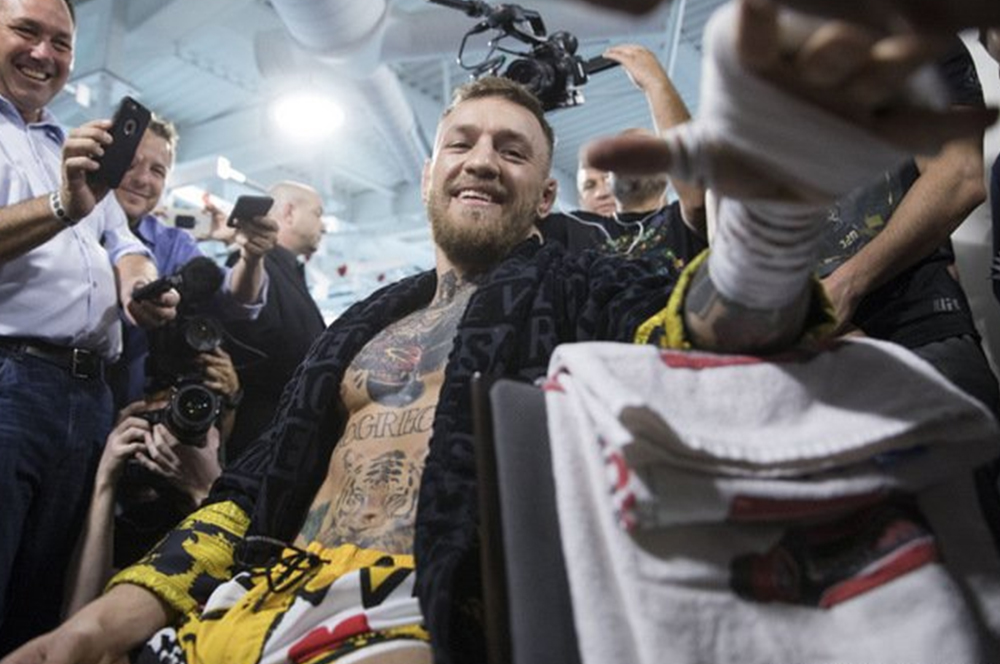 Conor McGregor says he’s going to knockout Floyd Mayweather Jr. really BADLY on August 26, especially if he’s allowed to use 8oz gloves. The Nevada State Athletic Commission is still deciding on whether to permit the two fighters to use 8oz gloves rather than the standard 10oz one for junior middleweight contests. The fight will be taking place at 154. 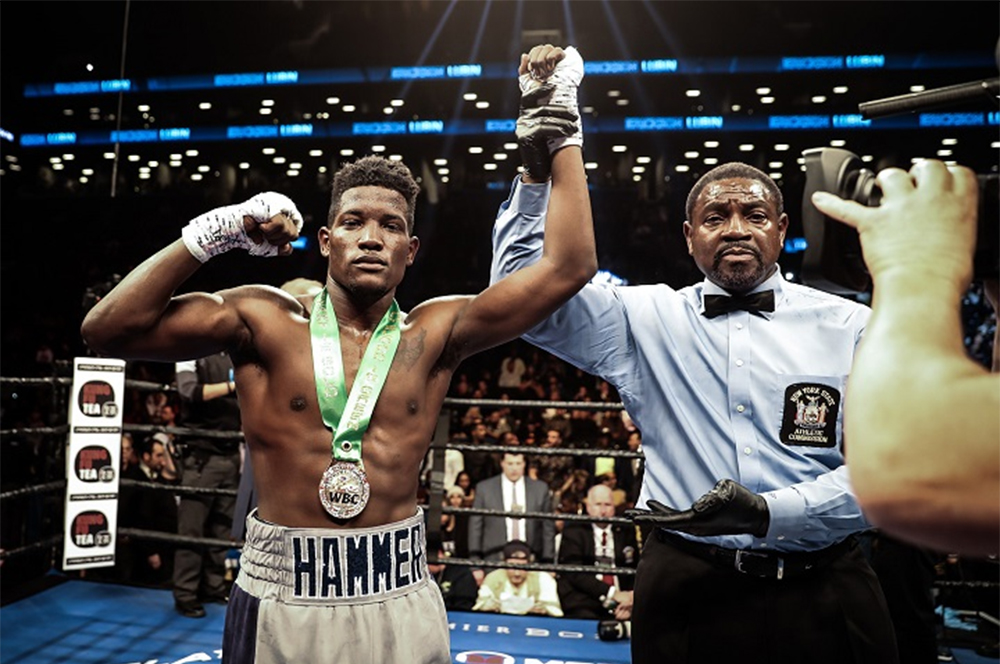 Three big fights junior middleweight title fights are in the works involving Jermell Charlo vs. Erickson “Hammer” Lubin, Erislandy Lara vs. Gausha and Jarrett Hurd vs. Austin Trout. These are three Premier Boxing Champion’s fights that still don’t have dates or venues, but they’re reportedly being worked on according to RingTV. 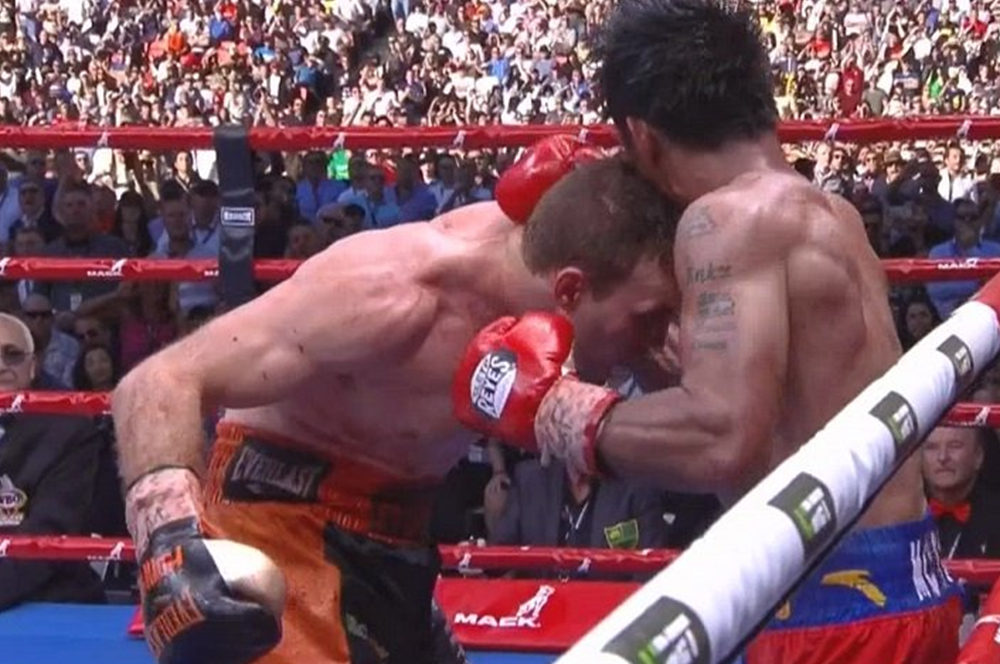 Desire to have his rematch against WBO welterweight champion Jeff Horn (17-0-1, 11 KOs) in the Philippines or the United States rather than in Australia, which is where their previous fight took place on July 2.

Pacquiao, 38, lost that fight by a controversial 12 round unanimous decision at the Suncorp Stadium in Brisbane, Australia. Pacquiao wants to avoid a repeat of that fight, and he’s hoping to be able to have a say so in the selecting of the judges for the fight.