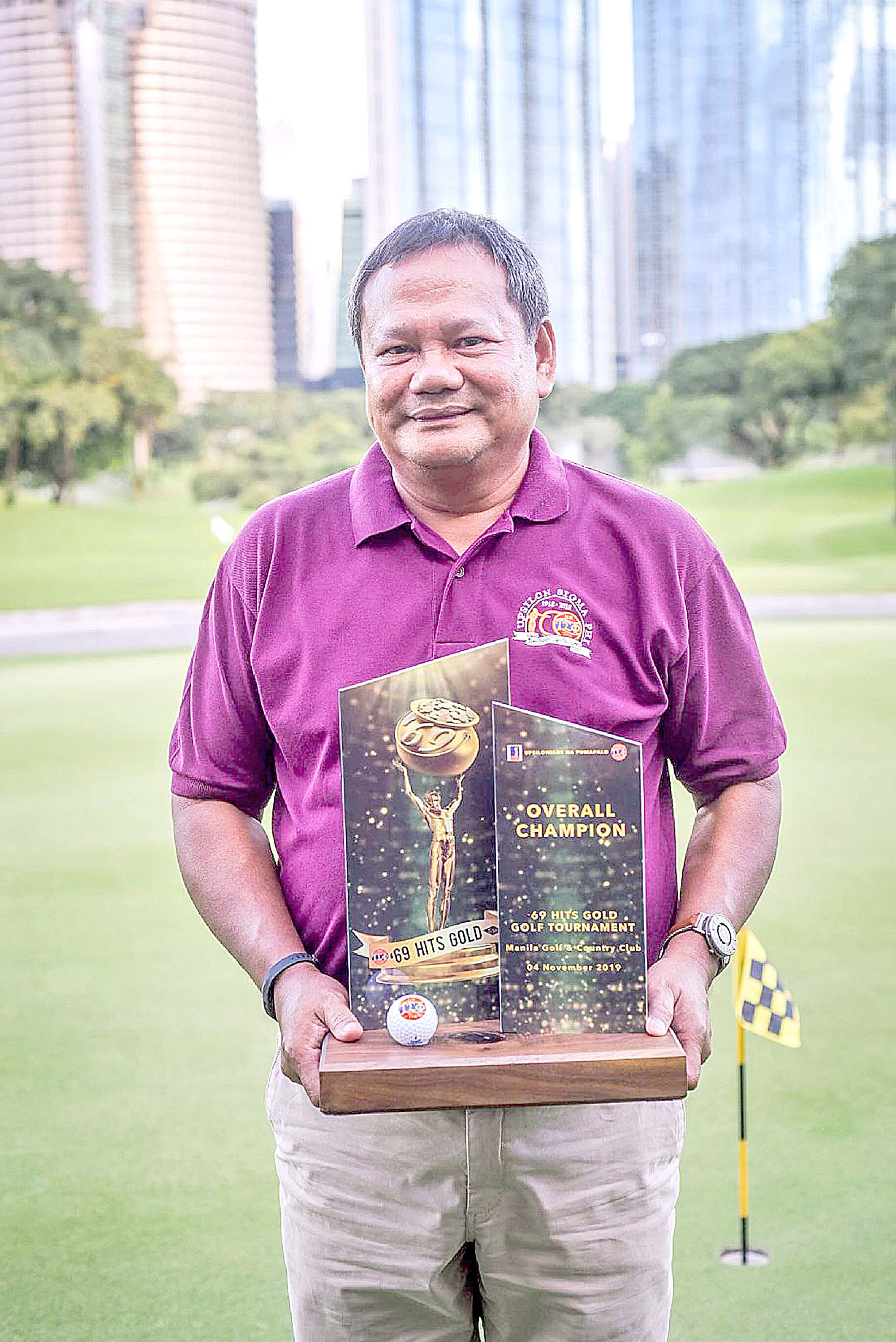 Glenn Ollero fired a career-best 64 to emerge as overall champion in the ’69 Hits Gold Golf Tournament Monday at the Manila Golf and Country Club in Makati City.
Ollero, 60, eclipsed Gie Ejercito, Benny Fulgencio and Manny Gomez in this tourney organized by the Upsilon Sigma Phi batch 69 as part of its 50th anniversary celebration.
The festivity will culminate with a grand bash today at the Okada Hotel Manila with around 500 guests in attendance.
“Actually, this is my first ever championship. I really prepared for this tournament and played my best,” Ollero said. “This is my best performance in my career.”
Ejercito carded a 68 to rule the Founders’ Cup while Fulgencio and Gomez registered identical 69s as runners-up of the tournament which used a modified double-barrel scoring system.
Eugene Espantero tallied a 66 to clinch the President’s trophy, ahead of Deo Ignacio and Dennis Gelacio who carded a 67 and 69.
Upsilon Sigma Phi Alumni Association president Martin Romualdez praised the organizers of the event, led by Willie Fernandez and Erdie Malveda, that also raised funds for the annual “Pumapalo Para sa Bayan” golf tournament set on 2 December at the Valley Golf and Country Club in Antipolo City.
Romualdez said the proceeds of “Pumapalo” would be used to fund the organization’s other projects like construction of school buildings, playgrounds, anti-dengue drives, livelihood projects, tree-planting activities, feeding programs and medical missions.
“We have a regular Upsilonian event, the ‘Pumapalo Para sa Bayan,’ that aims to foster fellowship and camaraderie,” said Romualdez, the Leyte lawmaker and majority floor leader who is also the president of Manila Golf and Country Club.
“In this occasion, our brothers think that they are having fun playing golf, but they are actually making contributions for a better cause.”
“This has always been part of the belief and ideals we have inculcated – we gather light to scatter. Whatever we have, we share.” PR